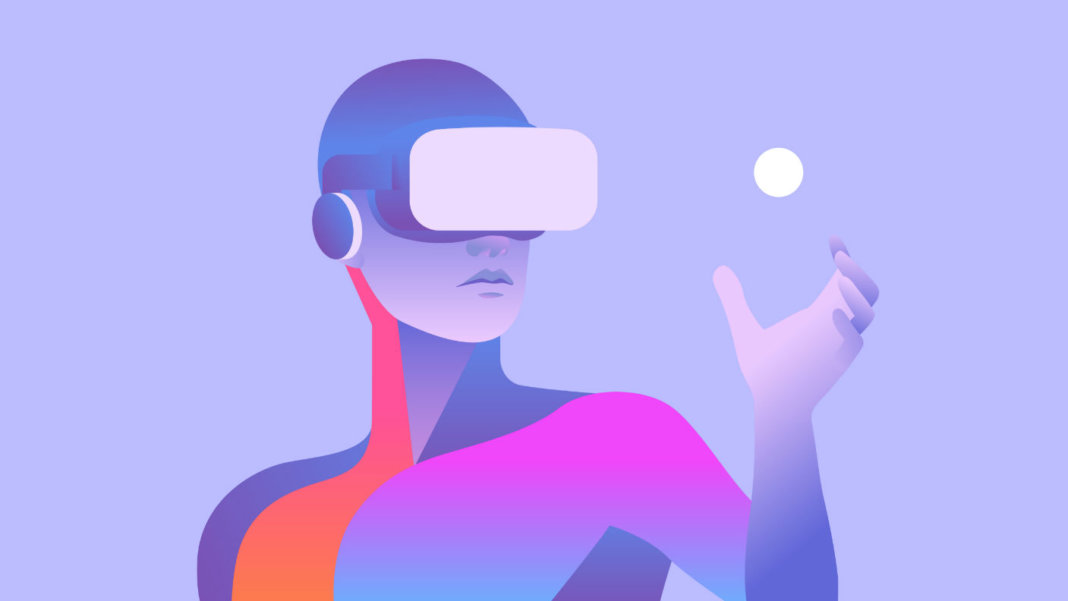 On a recent Friday afternoon, I was summoned to the top floor of a technology accelerator in San Francisco’s Soma neighborhood to meet Tom Impallomeni, a serial entrepreneur who promised to teach me to DJ. His latest project, a VR education company called Tribe VR, aims to teach real-world skills by building virtual training environments. The first application? A VR DJ school.

When I arrived and slipped on the headset, I grabbed the Oculus touch controllers and was soon confronted with a virtual (and complicated looking) DJ controller covered in dials and knobs. Playing music with it was like asking me to land a commercial jumbo jet. I had no idea how the thing worked.

Suddenly, a popup with text and an arrow instructed me to pick up any of the vinyl records on a nearby table. Next, I was shown where to place a record on the controller, how to press play, and soon enough I was playing music. After that, I learned the more difficult part of using the dials and knobs.

With the touch controllers, I could use my virtual hands throughout the experience to reach out and use the DJ controller. A series of images, icons, and text explained what I was seeing and doing. Augmented reality glasses may soon provide similar heads-up display instructions using real-world objects, but in this VR environment I could access equipment and large libraries of music I might not otherwise have had easy access to in the real world.

When I finished the tutorial and took off my headset, Impallomeni walked me over to a real DJ controller, and I was pleased to find that I now knew how to use it.

Education has long been talked about as a promising application for immersive virtual reality, but much of the focus has centered on what might be called “exposure education”—VR experiences that merely show you stuff. Google Expeditions is a promising example of this in the classroom, and I recently tried out a demo of STRIVR, a much publicized platform that creates on-the-job training scenarios for companies.

Both are useful and likely to improve learning outcomes, but to really unlock the potential of VR for education, we’ll need to use our hands to actually do stuff.

At its core, virtual reality is a powerful interface because it leverages three-dimensional space. That means navigating a computational environment can now involve using our hands in an intuitive way, just like we might in the real world. The e-learning platforms of today often involve two-dimensional videos and mouse cursors navigated over diagrams on a flat screen.

With VR, users can learn by doing. And that’s a big deal. Learning in this way may be far more effective than anything else out there.

Lowe’s, the retail home improvement store, recently launched the Holoroom How-To; a virtual reality training center that teaches customers how to do DIY projects like tiling bathrooms. When I spoke with the project’s lead, Kyle Nel, executive director of Lowe’s Innovation Labs, he told me customers who learned in VR instead of watching YouTube videos saw an almost 40% increase in their ability to recall the correct steps in the process. Recall is the first step of learning a new skill, and according to Nel, this increase held steady across all skill levels from novice to expert.

Using VR to train, as opposed to heads-up instructions from an augmented reality system, has the added benefit of providing access to resources most people would never have.

Labster, a Danish company, recently started building interactive VR laboratory simulations in which a learner can use electron microscopes, gene sequencers, PCR machines, and pipettes to conduct biology experiments. Since all this is made of software instead of expensive real-life equipment, a kid living in a rural part of the world might learn biology using the same kinds of research equipment as a grad student at Harvard. Plus, there’s no risk of blowing up the lab if an experiment goes wrong.

As the input technologies for VR improve—several companies including Facebook are building gloves with finger tracking, for example—the market potential for VR skills training will grow.

Imagine learning to cook your favorite dish in VR without having to go to the grocery store or worry about cleaning up a mess, and you can practice over and over until you think you have it ready. Cookbooks are themselves a $4 billion global industry, and VR could eat into the market for cooking schools and begin replacing the countless how-to videos on YouTube.

As more VR companies like Labster and Tribe experiment in this area, expect VR to unlock the human capacity for learning by doing.