Why the Discovery of Room-Temperature Superconductors Would Unleash Amazing Technologies 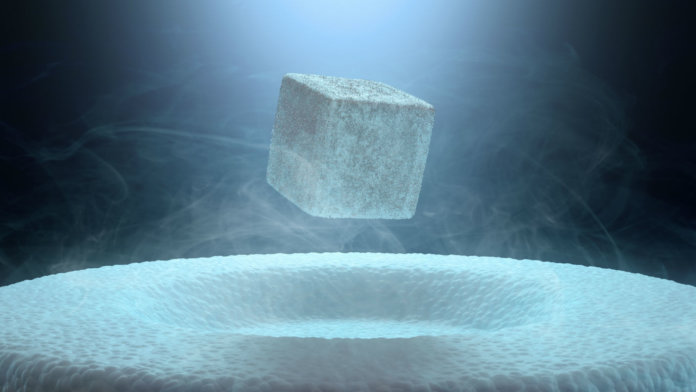 Superconductors are among the most bizarre and exciting materials yet discovered. Counterintuitive quantum-mechanical effects mean that, below a critical temperature, they have zero electrical resistance. This property alone is more than enough to spark the imagination.

A current that could flow forever without losing any energy means transmission of power with virtually no losses in the cables. When renewable energy sources start to dominate the grid and high-voltage transmission across continents becomes important to overcome intermittency, lossless cables will result in substantial savings.

What’s more, a superconducting wire carrying a current that never, ever diminishes would act as a perfect store of electrical energy. Unlike batteries, which degrade over time, if the resistance is truly zero, you could return to the superconductor in a billion years and find that same old current flowing through it. Energy could be captured and stored indefinitely!

With no resistance, a huge current could be passed through the superconducting wire and, in turn, produce magnetic fields of incredible power.

You could use them to levitate trains and produce astonishing accelerations, thereby revolutionizing the transport system. You could use them in power plants—replacing conventional methods which spin turbines in magnetic fields to generate electricity—and in quantum computers as the two-level system required for a “qubit,” in which the zeros and ones are replaced by current flowing clockwise or counterclockwise in a superconductor.

Arthur C. Clarke famously said that any sufficiently advanced technology is indistinguishable from magic; superconductors can certainly seem like magical devices. So, why aren’t they busy remaking the world? There’s a problem—that critical temperature.

For all known materials, it’s hundreds of degrees below freezing. Superconductors also have a critical magnetic field; beyond a certain magnetic field strength, they cease to work. There’s a tradeoff: materials with an intrinsically high critical temperature can also often provide the largest magnetic fields when cooled well below that temperature.

This has meant that superconductor applications so far have been limited to situations where you can afford to cool the components of your system to close to absolute zero: in particle accelerators and experimental nuclear fusion reactors, for example.

The Quest for Room-Temperature Superconductors

After Heike Kamerlingh Onnes discovered superconductivity by accident while attempting to prove Lord Kelvin’s theory that resistance would increase with decreasing temperature, theorists scrambled to explain the new property in the hope that understanding it might allow for room-temperature superconductors to be synthesized.

They came up with the BCS theory, which explained some of the properties of superconductors. It also predicted that the dream of technologists, a room-temperature superconductor, could not exist; the maximum temperature for superconductivity according to BCS theory was just 30 K.

Then, in the 1980s, the field changed again with the discovery of unconventional, or high-temperature, superconductivity. “High temperature” is still very cold: the highest temperature for superconductivity achieved was -70°C for hydrogen sulphide at extremely high pressures. For normal pressures, -140°C  is near the upper limit. Unfortunately, high-temperature superconductors—which require relatively cheap liquid nitrogen, rather than liquid helium, to cool—are mostly brittle ceramics, which are expensive to form into wires and have limited application.

Without a detailed theoretical understanding of how this phenomenon occurs—although incremental progress happens all the time—scientists can occasionally feel like they’re taking educated guesses at materials that might be likely candidates. It’s a little like trying to guess a phone number, but with the periodic table of elements instead of digits.

Yet the prospect remains, in the words of one researcher, tantalizing. A Nobel Prize and potentially changing the world of energy and electricity is not bad for a day’s work.

Research also continues into some anomalous but unexplained reports that graphite soaked in water can act as a room-temperature superconductor, but there’s no indication that this could be used for technological applications yet.

In early 2017, as part of the ongoing effort to explore the most extreme and exotic forms of matter we can create on Earth, researchers managed to compress hydrogen into a metal.

The pressure required to do this was more than that at the core of the Earth and thousands of times higher than that at the bottom of the ocean. Some researchers in the field, called condensed-matter physics, doubt that metallic hydrogen was produced at all.

It’s considered possible that metallic hydrogen could be a room-temperature superconductor. But getting the samples to stick around long enough for detailed testing has proved tricky, with the diamonds containing the metallic hydrogen suffering a “catastrophic failure” under the pressure.

Superconductivity—or behavior that strongly resembles it—was also observed in yttrium barium copper oxide (YBCO) at room temperature in 2014. The only catch was that this electron transport lasted for a tiny fraction of a second and required the material to be bombarded with pulsed lasers.

Not very practical, you might say, but tantalizing nonetheless.

Other new materials display enticing properties too. The 2016 Nobel Prize in Physics was awarded for the theoretical work that characterizes topological insulators—materials that exhibit similarly strange quantum behaviors. They can be considered perfect insulators for the bulk of the material but extraordinarily good conductors in a thin layer on the surface.

Microsoft is betting on topological insulators as the key component in their attempt at a quantum computer. They’ve also been considered potentially important components in miniaturized circuitry.

A number of remarkable electronic transport properties have also been observed in new, “2D” structures—like graphene, these are materials synthesized to be as thick as a single atom or molecule. And research continues into how we can utilize the superconductors we’ve already discovered; for example,  some teams are trying to develop insulating material that prevents superconducting HVDC cable from overheating.

Perhaps in the future—through artificial intelligence simulations or the serendipitous discoveries of a 21st century Kamerlingh Onnes—this little piece of magic could move into the realm of reality.