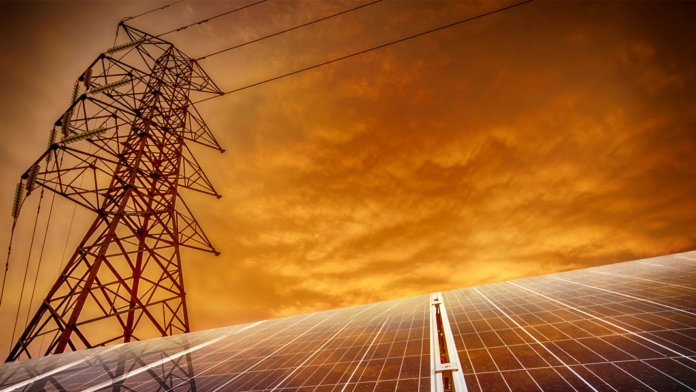 By 2030, more than 50 percent of the US economy will run on electricity derived from renewables. What are the implications as we shift the US and global energy economies away from fossil fuels?

For the first time ever, our harnessing of renewable energy has surpassed domestic reliance on coal, a critical milestone for democratizing energy.

Last week, I discussed the impending death of the internal combustion engine—soon to join the steam engine as a relic of the past.

And today, I’ll be exploring the ways in which we are fast approaching an all-electric, renewable energy economy. Two areas of disruption take center stage:

Simply put, our world in the coming decades will need a lot more energy than it does today.

The industrial and technological booms of emerging nations are bringing online billions of high-demand energy consumers, now just as voracious as their American and European counterparts. Already, China’s energy consumption is expected to double by 2030, and India is right on its tail.

In our ‘linear and scarcity-minded’ world of fossil fuels, these skyrocketing trends present a problem: more demand equals more environmental devastation, higher prices, and increased geopolitical tensions as the ‘haves’ supply the ‘have-nots.’

Luckily, a ‘global and exponential mindset’ offers an alternative. Rather than slicing the pie into thinner and thinner slices, let’s just bake more pies.

Namely, higher-priced hydrocarbon fuels drive market incentives to invest heavily in alternative energy sources. Advances in batteries, solar, wind, geothermal, and even nuclear fusion offer humanity a future in which we can viably switch from coal, petroleum, and natural gas to renewables, and eventually to an all-electric economy.

As I discussed in last week’s blog, our rapid transition to renewable energy sources will be driven by sheer economics.

Between 2010 and 2017, utility-scale solar photovoltaic capital costs in the US have fallen by a factor of five, from $5-6 per kilowatt to a mere $1-2. And the only constraint to plummeting prices is technology, not resource availability.

In today’s fossil fuels market, by far the greatest cost is the commodity itself, i.e. coal, oil, or natural gas. But the opposite is true for renewables. Think of the commodities needed: sun, wind, (to a large degree) nuclear power, and water are all free.

All costs borne by producers lie in building and maintaining the infrastructure to harness power from these renewable energies. As a result, the greatest business opportunities surrounding these sources are primarily unlocked by improving the technology, and the rate of technological advancement is accelerating.

Companies like GE are investing hundreds of millions of dollars in microgrids and smart grids, which will make electricity far more accessible to larger populations. Several companies in solar energy, such as SunRun, Sun Power, and Sunnova Energy Corp, are vastly improving the efficiency of solar cells, whether in production, installation, or manufacturing.

But how is our energy used?

Today, transportation represents roughly 28 percent of the US’s total energy use. Yet almost none of that energy use is currently electric.

Herein lies the greatest growth opportunity for US electrification. As advancements in renewable energy drive down the price of electricity, the market will respond by capitalizing on this electrification.

While only 20.5 percent of the US economy is currently electrified, that number has the potential to jump to more than 50 percent by 2030.

But how will this happen?

Because of exciting innovations across the three greatest energy-guzzling sectors: transportation, commercial and residential, and industrial.

While these sectors represent electrification potential to varying degrees, here’s one route by which we might reach a 50 percent renewable energy economy over the next decade:

Shifting the transportation sector (29 percent of current energy use) to renewable electricity:

Ultimately, when a product is cheaper and better, consumers switch. EVs represented only 2 percent of the US personal car market in 2018. And while we are about to witness the massive electrification of personal and commercial vehicles over the coming decade, passenger vehicles represent only 63 percent of all transportation energy use. The remaining 37 percent consists of air and freight.

Aircraft: This year’s Paris Air Show witnessed the introduction of electric commercial airplanes, as EasyJet announced its partnership with startup Wright Electric to roll out a fleet of electric planes (capable of traveling a little less than 300 miles).

Trucking: In the large-scale ground transit arena, Tesla boasts that its electric trucks can save $100,000 per year on fuel costs.

And as projects like Hyperloop and the Boring Company reduce our dependency on air travel for long distance human and freight, exponential technologies like VR will soon begin to indirectly disrupt our need to physically travel in the first place.

Shifting the industrial sector (32 percent of current energy use) to renewable electricity:

While still constituting a minority, electricity represents a more significant chunk, 17 percent, of the industrial sector’s energy use.

Beyond the obvious suspects—turning on lights, running air conditioners, etc.—several industrial processes use electricity on a tremendous scale.

Take aluminum production, a relatively modern invention dating back only to 1886, which requires a high-voltage electric current to extract aluminum from bauxite ore. Currently, the best smelters use around 13 kilowatt-hours to produce one kilogram of aluminum. (For reference, it takes approximately 29 kilowatt-hours to power the average American home for one day.)

Or look at the creation of synthetic gas, not to mention that of carbon-based polymers and aggregates, both requiring high amounts of energy in the form of electric current.

Tomorrow’s advanced-materials economy will require a much higher proportion of energy to take the form of electricity.

Shifting the commercial & residential sectors (38 percent of current energy use) to renewable electricity:

Lastly, almost half of the commercial and residential sector’s energy use is already electric. And the reasons for this perhaps speaks best to the economic argument for electrification with renewables.

It used to be that almost all of this sector’s energy was derived from fossil fuels. But as the price of electricity has continued to decline, home adoption rates of electricity have increased accordingly, as reported by the US Energy Information Administration.

And as renewables and converging technologies continue to drive down cost, commercial and residential use of electricity will only soar.

Calculating for the Total

If we assume that energy use ratios by sector—transportation, residential and commercial, and industrial—remain relatively constant, our economy is already on target for over 50 percent electrification from renewables in the next decade.

Next up: if another 30 percent of the industrial sector becomes electrified—requiring a conservative annual increase of 3 percent—that adds another 7.1 percent to our aggregate economy’s electrification.

And already today, the residential and commercial sector is well on its way to full electrification. With the continued rate of transition, a whopping 62 percent of this sector will be electrified using renewables in just 10 years. That represents 23.6 percent of the US’s total energy use.

Added together, these massive shifts represent a 50 percent renewable-electric economy, and a 110 percent increase in US electrification in just 10 years.

Welcome to a future driven by electrons generated from renewable sources of energy.

What are the implications to your business? Your industry? What will the impacts be on global geopolitics, our families, and our environment?