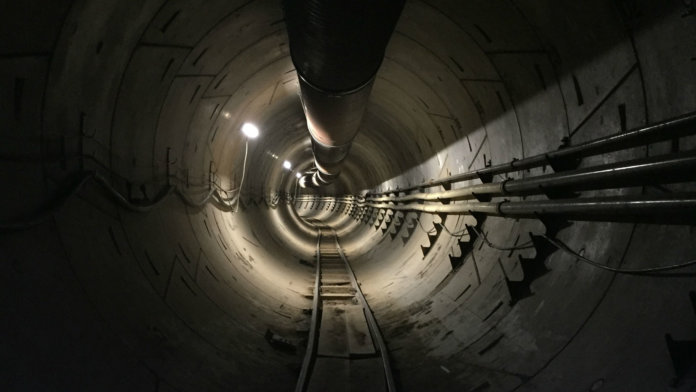 What’s the best way to get to and from the airport? The subway is cheap, but it means hauling your luggage around and sitting there through all the stops that aren’t yours. Cabs and ride services get you straight there, but they’re more expensive and run the risk of getting caught in traffic. What if there was an option that was a little more expensive than the subway, a little cheaper than a cab, but guaranteed to be fast, clean, and easy?

At Chicago’s O’Hare airport, it seems that option will soon exist, and it’s being brought to Chicagoans by none other than Elon Musk.

After receiving proposals from several organizations, the Chicago Infrastructure Trust chose Musk’s The Boring Company to build and operate a high-speed underground shuttle between the city center and the already-huge, soon-to-be-huger O’Hare. The company states its goal in building environmentally friendly public transit systems like this one is “to alleviate soul-destroying traffic.”

According to the Airports Council International 2017 rankings, O’Hare is the world’s second-busiest airport in terms of take-offs and landings (after Atlanta’s Hartsfield-Jackson International Airport), and the sixth-busiest in terms of total passenger traffic—over 79.8 million people flew through O’Hare in 2017.

Not every one of those people needs to get to and from the city center—some are just connecting to other destinations—but of the tens of millions that do, how many would opt to use Musk’s Chicago Express Loop, as the project has been dubbed? More importantly, what is this thing? A Tesla-in-a-tunnel? A mini-hyperloop?

It’s sort of a combination of the two. The Express Loop will run in 14-foot-wide tunnels 30-60 feet underground at speeds of up to 150 miles per hour. The Boring Company calls the vehicles themselves “electric skates,” defined as platforms on wheels propelled by multiple electric motors. Besides being built on a modified Tesla X chassis, they’re battery-powered and produce no emissions. They look like futuristic train cars, and each skate will hold up to 16 passengers.

The trip from downtown Chicago to the airport is projected to take just 12 minutes (for comparison’s sake, the Blue Line subway currently takes about 45 minutes). As the crow flies, it’s 16 miles from downtown to O’Hare. The city departure point will be located in Block 37, an existing mall/subway station that takes up a full square city block, and the O’Hare arrival point will be somewhere in between Terminals 1 and 3.

Building two stations, digging 16 miles of big underground tunnels, and putting high-speed electric vehicles in them sounds like an enormous expense—who’s going to foot the bill?

Chicago’s mayor, Rahm Emanuel, has stated that the project won’t receive any public or city funds, and must be 100 percent privately-funded. The Boring Company claims it can get the entire job done for under $1 billion, and has a unique strategy for dropping constructions costs (comparable projects have cost up to $1 billion per mile, mostly because the tunneling portion of the construction is very costly).

Making the tunnels smaller is mostly what will make them cheaper to build; they’ll be half the width of the standard 28-foot diameter. The machine that digs them will operate faster thanks to partial automation and improved cooling and power supply technology.

The estimated fare to ride the Express Loop is $25, though that’s still not finalized. Taking the Blue Line to O’Hare costs $2.25, and taking it the other direction costs $5. A cab is around $40, and Uber or Lyft anywhere from $15-35 (depending on time of day, demand, etc.). After the novelty of trying it once, will Chicagoans and visitors be up for trading money for time?

Mayor Emanuel thinks they will be. “Getting from downtown to O’Hare or O’Hare to downtown is a race against time. We’re gonna give people a leg up. People have paid for time [forever]. Time is the one commodity you can’t expand,” he said.

As someone who’s missed multiple flights out of O’Hare airport but also has a certain degree of claustrophobia, I’m personally undecided as to whether Express Loop will live up to its hype, and be able to pay down its cost.