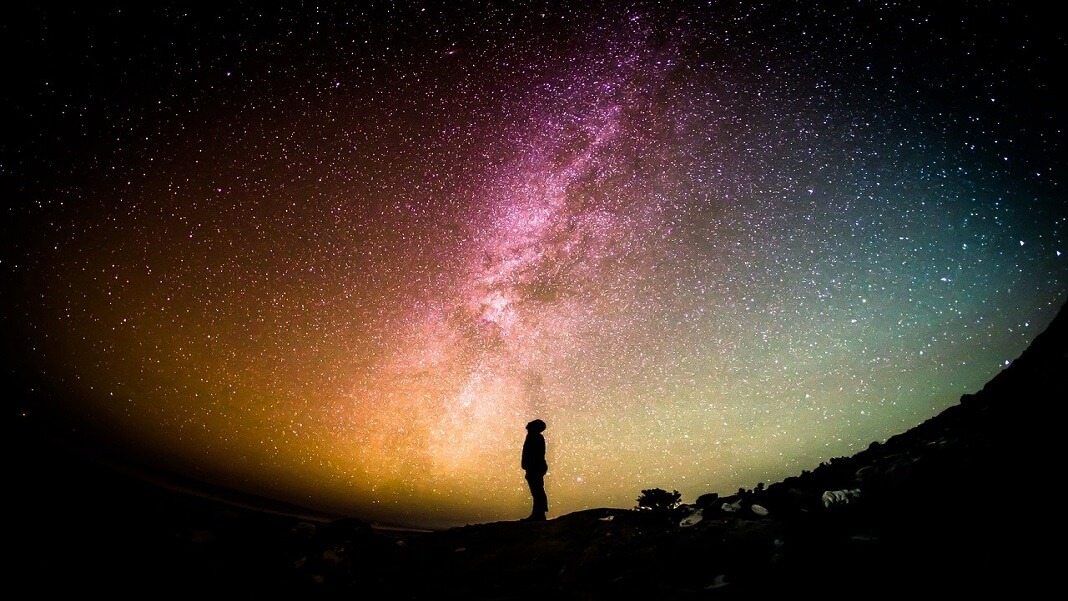 In 1900, so the story goes, prominent physicist Lord Kelvin addressed the British Association for the Advancement of Science with these words: “There is nothing new to be discovered in physics now.”

How wrong he was. The following century completely turned physics on its head. A huge number of theoretical and experimental discoveries have transformed our understanding of the universe, and our place within it.

Don’t expect the next century to be any different. The universe has many mysteries that still remain to be uncovered—and new technologies will help us to solve them over the next 50 years.

The first concerns the fundamentals of our existence. Physics predicts that the Big Bang produced equal amounts of the matter you are made of and something called antimatter. Most particles of matter have an antimatter twin, identical but with the opposite electric charge. When the two meet, they annihilate each other, with all their energy converted into light.

But the universe today is made almost entirely out of matter. So where has all the antimatter gone?

The Large Hadron Collider (LHC) has offered some insight into this question. It collides protons at unimaginable speeds, creating heavy particles of matter and antimatter that decay into lighter particles, several of which had never been seen before.

The LHC has shown that matter and antimatter decay at slightly different rates. This goes part—but nowhere near all—of the way to explaining why we see an asymmetry in nature.

The problem is that compared to the precision physicists are used to, the LHC is like playing table tennis with a tennis racket. As protons are made up of smaller particles, when they collide their innards get sprayed all over the place, making it much harder to spot new particles among the debris. This makes it difficult to accurately measure their properties for further clues to why so much antimatter has disappeared.

Three new colliders will change the game in the coming decades. Chief among them is the Future Circular Collider (FCC)—a 100km tunnel encircling Geneva, which will use the 27km LHC as a slipway. Instead of protons, the colliders will smash together electrons and their antiparticles, positrons, at much higher speeds than the LHC could achieve.

Unlike protons, electrons and positrons are indivisible, so we’ll know exactly what we’re colliding. We’ll also be able to vary the energy at which the two collide, to produce specific antimatter particles, and measure their properties, particularly the way they decay, much more accurately.

These investigations could reveal entirely new physics. One possibility is that the disappearance of antimatter could be related to the existence of dark matter—the thus far undetectable particles that make up a whopping 85 percent of mass in the universe. The absence of antimatter and prevalence of dark matter probably owe themselves to the conditions present during the Big Bang, so these experiments probe right into the origins of our existence.

It’s impossible to predict how as-yet hidden discoveries from collider experiments will change our lives. But the last time we looked at the world through a more powerful magnifying glass, we discovered subatomic particles and the world of quantum mechanics, which we’re currently harnessing to revolutionize computing, medicine and energy production.

Just as much remains to be discovered on the cosmic scale, not least the age-old question of whether we’re alone in the universe. Despite the recent discovery of liquid water on Mars, there is not yet any evidence of microbial life. Even if found, the planet’s harsh environment means it would be incredibly primitive.

The search for life on planets in other star systems has so far not borne fruit. But the upcoming James Webb Space Telescope, launching in 2021, will revolutionize the way that we detect habitable exoplanets.

Unlike previous telescopes, which measure the dip in a star’s light as an orbiting planet passes in front of it, James Webb will use an instrument called a coronagraph to block the light from a star entering the telescope. This works in much the same way as using your hand to block sunlight from entering your eyes. The technique will allow the telescope to directly observe small planets that would ordinarily be overwhelmed by the bright glare of the star they orbit.

Not only will the James Webb telescope be able to detect new planets, but it will also be able to determine if they’re able to support life. When the light from a star reaches a planet’s atmosphere, certain wavelengths are absorbed, leaving gaps in the reflected spectrum. Much like a barcode, these gaps provide a signature for the atoms and molecules of which the planet’s atmosphere is made.

The telescope will be able to read these “barcodes” to detect whether a planet’s atmosphere has the necessary conditions for life. In 50 years’ time, we could have targets for future interstellar space missions to determine what, or who, may live there.

Closer to home, Jupiter’s moon, Europa, has been identified as somewhere in our own solar system that could harbor life. Despite its cold temperature (−220°C), gravitational forces from the ultra-massive planet it orbits may slosh water beneath the surface around sufficiently to prevent it from freezing, making it a possible home for microbial or even aquatic life.

A new mission called Europa Clipper, set for launch in 2025, will confirm whether a sub-surface ocean exists and identify a suitable landing site for a subsequent mission. It will also observe jets of liquid water fired out from the planet’s icy surface to see if any organic molecules are present.

Whether it’s the tiniest building blocks of our existence or the vastness of space, the universe still holds a number of mysteries about its workings and our place within it. It will not give up its secrets easily—but the chances are that the universe will look fundamentally different in 50 years’ time.