Clean Water Should Be a Right, Not a Privilege. These Entrepreneurs Are Working to Make It So 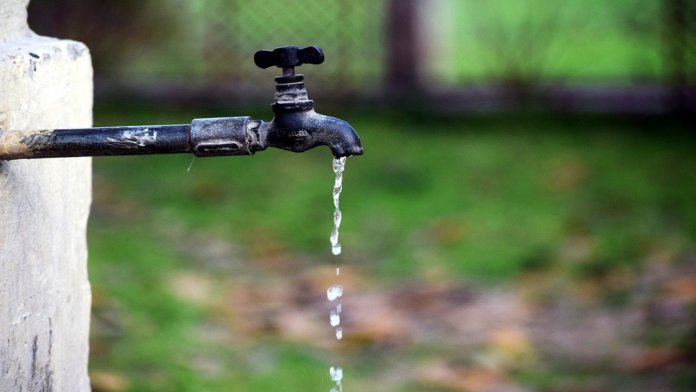 Today, 785 million people lack access to clean drinking water. Waterborne diseases are the number one killer on Earth, claiming 3.4 million lives a year, most of them children. And by 2025, according to the UN, half the globe will be water stressed. Yet climate change, our rapidly ballooning population, and consistently poor resource management aren’t helping matters.

In 2018, the World Economic Forum released their Global Risks Report, a periodic issuance designed to highlight the top five threats humanity will face over the next decade. While the WEF’s concerns are traditionally economic (oil crises, financial crashes, etc.), 2018 marked the first time that fiscal fears didn’t make the cut. Instead, today’s biggest dangers are all ecological in nature: water crises, biodiversity loss, extreme weather, climate change, and pollution.

In this blog, we’ll examine how technology is helping us tackle the WEF’s heavily featured specter of water shortages. But ours is not a techno-utopian argument. Solving our planet’s ecological woes requires technology, for certain, but it also demands one of the largest cooperative efforts in history.

If we can learn to work together like never before, we like our chances. And in light of these recent reports, sooner rather than later.

A Moonshot via Slingshot

Dean Kamen is a kind of geek superhero, a nerd Batman in a denim work shirt. For starters, he lives in a secret lair—an island fortress complete with hidden rooms, helicopter launchpads, and after peacefully seceding from the United States, its own constitution. His resume includes over 440 different patents, including insulin pumps, robotic prosthetics, and all-terrain wheelchairs.

Because so many of his inventions have had such an impact, in 2000, President Bill Clinton awarded Kamen the highest honor awarded to inventors, the National Medal of Technology.

To turn the tide of water scarcity, however, Kamen designed the Slingshot, a vapor compression distillation system powered by a Stirling engine—or, a water purifier the size of a mini-fridge capable of running off any combustible fuel source, including dried cow dung.

Back in 2012, the Slingshot had just completed a round of beta testing, successfully providing a couple months of clean drinking water to a number of remote African villages.

Simultaneously, Kamen had just made a handshake deal with Coca-Cola. The inventor agreed to build the soft drink behemoth a better soda fountain, and in return, Coke agreed to use their global distribution network to get the Slingshot into water-starved countries.

Coca-Cola, meanwhile, teamed up with ten other international organizations and began distributing the Slingshot in 2013, a core feature of their “Ekocenter” kiosks.

By 2017, there were 150 Ekocenters operating in 8 countries, most of them run sustainably, by local female entrepreneurs, distributing 78.1 million liters of safe drinking water a year—not bad for a handshake deal.

Yet the Slingshot is not the only deal in town.

Technology has begun converging on our water woes, with thousands of players working on an enormous range of approaches. There are high-tech nanotechnology-infused desalination plants and medium-tech solar-powered groundwater pumps and low-tech fog capture methods.

To offer another example, Kamen’s Slingshot even has competition from the Bill Gates-backed Omni Processor, which turns human feces into potable drinking water, while simultaneously producing electricity for power and ash for fertilizer.

There’s also California-based Skysource, winner of the $1.5 million Water Abundance XPRIZE, whose technology extracts 2,000 liters of water per day from the atmosphere—or enough for 200 people. Relying on renewable energy for its drinkable water output, Skysource achieves its daily production at a cost of no more than two cents per liter.

As daily water needs for a planet of 7 billion stand between 350 and 400 million gallons a day, using technologies like Skysource to tap the more than 12 quadrillion gallons contained in the atmosphere at any one time might be the only way to quench that thirst.

Or consider the “smart grid for water,” which is what happens when exponential technologies converge on the farm. The smart grid allows for everything from precise soil monitoring and crop watering to the early detection of insects and disease. Estimates vary, but most studies find the smart grid capable of saving us trillions of gallons a year—which is the point.

We’re not lacking in technological know-how. We are water-wise, but execution-dumb, attacking a biosphere-wide problem with a piecemeal approach.

Yet this is also the typical developmental curve for exponentials. Water technologies are moving out of the deceptive and into the disruptive phase, stitching these piecemeal efforts together into the global solutions we actually need.

One reason we can say this with confidence is that water technologies appear to be about five years behind energy technologies, which—as we’ll soon see—are scaling up into a worldwide force for tackling the range of our ecological woes.