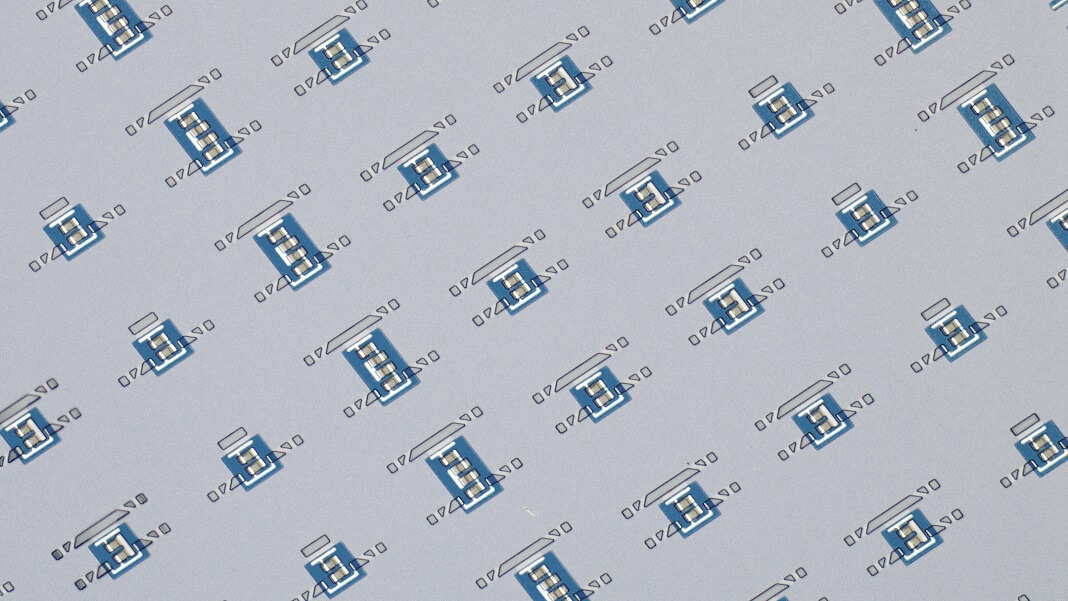 If I were to picture futuristic bots that could revolutionize both microrobotics and medicine, a Pop-Tart with four squiggly legs would not be on top of my list.

I was so wrong.

Last week, Drs. Marc Miskin*, Itai Cohen, and Paul McEuen at Cornell University spearheaded a collaboration that tackled one of the most pressing problems in microrobotics—getting those robots to move in a controllable manner. They graced us with an army of Pop-Tart-shaped microbots with seriously tricked-out actuators, or motors that allow a robot to move. In this case, the actuators make up the robot’s legs.

Each smaller than the width of a human hair, the bots have a blocky body equipped with solar cells and two pairs of platinum legs, which can be independently triggered to flex using precise laser zaps. The control is so accurate that the team was able to simultaneously jigger the legs of a battalion of microbots in a coordinated “march.”

If you’re not impressed yet, there’s more: unlike previous microbots that relied on magnetism to move, these are basically miniaturized robots. Like BigDog, they have mechanical legs that are controlled with silicon-based electronic components. This means that it’s possible to manufacture the bots en masse using decades of nanofabrication experience, similar to how we currently make computer chips.

Because the robots’ “brains” are conventional and based on classical electronic circuits, it also means that they can be more easily integrated with existing logic circuits to engineer even “smarter” next generations that respond to more complex commands.

“[The authors] have used a fresh design concept for their microrobots,” wrote Drs. Allan Brooks and Michael Strano at MIT in an accompanying piece of the paper. “Because the actuators can be operated by the low-power electric currents that typically flow through electronic circuits, sensors and logic components could be seamlessly integrated with the actuators …This opens the doors for the last 50 years of micro-electronics research to be incorporated into robots so small they can’t be seen by the human eye.”

Tiny robots have long captured our imagination, especially for their promise in medicine. In the sixties, both Hollywood and the famed physicist Dr. Richard Feynman imagined teams of “swallowable surgeons” that roam the body and perform surgeries on demand. As micro- and nano-fabrication techniques matured over the past decades, the goal of creating biocompatible cell-sized robots that patrol our bodies seems less like science fiction and more like scientific inevitability.

That is, with some serious challenges along the way.

A main one is enabling microbots to move reliably inside the body. It’s a tough problem. The body’s microenvironment is mostly liquid, which means microbots face considerable drag forces that limit their momentum.

To solve the locomotion problem, scientists have designed microbots that respond to light, sound, magnetism, temperature, or chemical controllers, the authors said. For example, there are already tiny worm-like robots that can walk, jump, roll, or even swim using magnets to control their movement across the rugged landscape of human tissue. Although creative and clever, these design concepts are basically building the robot’s control center—its “brain”—from the ground up.

Why not instead tap into the design of microelectronics and circuit boards, which has powered our computers and phones already for half a century?

These Legs Are Made for Walking

The biggest problem, the authors explained, is that electronically-controlled legs (or actuators) are really hard to make.

So that’s where they started.

The final solution is surprisingly simple and very elegant. Each leg is made of a sheet of platinum just seven nanometers thick, using a standard semiconductor (computer chip) printing technology called lithography. One side is then coated with an inactive material such as graphene or titanium.

When submerged into liquid and with a zap of electricity, the legs attract particles in the water that bind to the exposed side of the leg, pulling at it and bending it downwards—picture pressing down on a metal sheet. By strategically adding enforcement patches to the leg while keeping the “joints” free, the team was able to make legs that bend or fold like Japanese origami, loosely mimicking the way our knees bend when we walk or swim. In this way, they made actuators that seem to “swim”: with a current, the legs bend into a forward position; without it, they loosen into a backwards stroke.

The final test is to see if these new actuators really work—and that’s where the Poptart microbots come in.

The team designed the bots so that each has two solar cells on their blocky bodies. Similar to our solar panels, these cells turn light energy into electricity—hence, providing the zap of electricity the legs need to start moving. One solar cell controlled the front legs; the other the back ones.

By shining a light sequentially between the front and back solar cells, the team could activate the front and back legs of the bots in a way that propels the body forward. Although a bit herky-jerky and slightly clumsy, the bots were able to scale bumpy surfaces, moving roughly one body length per minute.

At just 40 μm wide and 70 μm long—smaller than a single-celled algae, the width of the average human hair and on par with a grain of salt—the robots are the smallest microbots with onboard electronics in existence. They’re also surprisingly tough: they can readily survive temperature changes up to 100F and over a dozen orders of magnitude in acid concentrations. Their small size makes it easy for them to get sucked into the narrowest needles without damage, and maintain their structure and function after injection into an amoeba.

Because the actuators and the bodies are both made using standard lithography, the robots can be easily fabricated in parallel: up to one million bots on a four-inch silicon wafer. This en masse approach means that they’re extremely cheap to make: roughly one-tenth of a penny ($0.001). As microfabrication techniques continue to mature, the cost will likely drop even further.

For now, the bots require very low power—about 10 nanowatts—but they’re also rather rudimentary. For one, they’re not exactly fully autonomous: they don’t have an onboard power source, meaning that they need to be tethered to an external energy and information source like a marionette.

That’s not to say it’s a losing strategy.

“The advantage of the marionette approach is that it allows functional components to be tested without having to integrate an on-board power supply and computational circuits—such integration presents technological problems that have not yet been completely solved,” said Brooks and Strano. The strategy could, for example, help diagnose or treat surface tissue, such as the eyes.

Eventually, however, for the bots to make practical sense, they will need to be fully autonomous and free of outside tethers. While it’s still up to anyone’s imagination how these bots can carry their own energy supply, there’s no doubt they already have a leg up in that they can be far more easily upgraded. Thanks to a “classic” circuit-based brain, these bots can be far more easily integrated with traditional silicon-based micro-electronics, compared to those, say, that operate on magnets, bringing us closer to the vision of a “swallowable surgeon.”

“Controlling a tiny robot is maybe as close as you can come to shrinking yourself down. I think machines like these are going to take us into all kinds of amazing worlds that are too small to see,” said study author Miskin.

*Marc Miskin is a now at the University of Pennsylvania. The work was conducted at Cornell University, where he was a postdoctoral fellow.

Image Credit: Marc Miskin. A sea of microbots before release into a liquid environment.