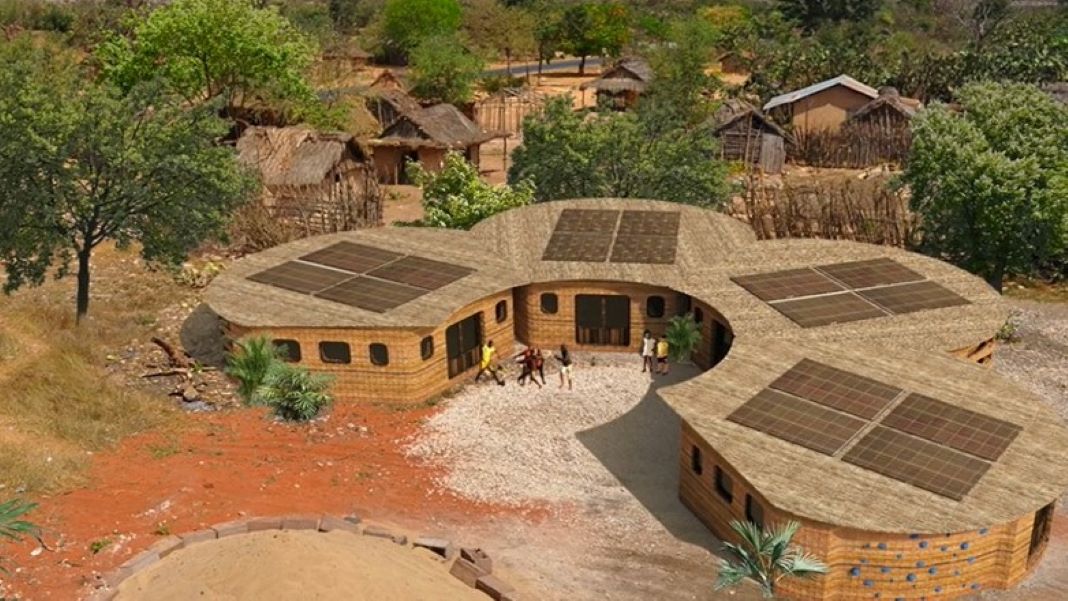 3D printed houses have been popping up all over the map. Some are hive-shaped, some can float, some are up for sale. Now this practical, cost-cutting technology is being employed for another type of building: a school.

Located on the island of Madagascar, the project is a collaboration between San Francisco-based architecture firm Studio Mortazavi and Thinking Huts, a nonprofit whose mission is to increase global access to education through 3D printing. The school will be built on the campus of a university in Fianarantsoa, a city in the south central area of the island nation.

According to the World Economic Forum, lack of physical infrastructure is one of the biggest barriers to education. Building schools requires not only funds, human capital, and building materials, but also community collaboration and ongoing upkeep and maintenance. For people to feel good about sending their kids to school each day, the buildings should be conveniently located, appealing, comfortable to spend several hours in, and of course safe. All of this is harder to accomplish than you might think, especially in low-income areas.

Because of its comparatively low cost and quick turnaround time, 3D printing has been lauded as a possible solution to housing shortages and a tool to aid in disaster relief. Cost details of the Madagascar school haven’t been released, but if 3D printed houses can go up in a day for under $10,000 or list at a much lower price than their non-3D-printed neighbors, it’s safe to say that 3D printing a school is likely substantially cheaper than building it through traditional construction methods.

The school’s modular design resembles a honeycomb, where as few or as many nodes as needed can be linked together. Each node consists of a room with two bathrooms, a closet, and a front and rear entrance. The Fianarantsoa school with just have one node to start with, but as local technologists will participate in the building process, they’ll learn the 3D printing ins and outs and subsequently be able to add new nodes or build similar schools in other areas.

The printer for the project is coming from Hyperion Robotics, a Finnish company that specializes in 3D printing solutions for reinforced concrete. The building’s walls will be made of layers of a special cement mixture that Thinking Huts says emits less carbon dioxide than traditional concrete. The roof, doors, and windows will be sourced locally, and the whole process can be completed in less than a week, another major advantage over traditional building methods.

“We can build these schools in less than a week, including the foundation and all the electrical and plumbing work that’s involved,” said Amir Mortazavi, lead architect on the project. “Something like this would typically take months, if not even longer.”

The roof of the building will be equipped with solar panels to provide the school with power, and in a true melding of modern technology and traditional design, the pattern of its walls is based on Malagasy textiles.

Thinking Huts considered seven different countries for its first school, and ended up choosing Madagascar for the pilot based on its need for education infrastructure, stable political outlook, opportunity for growth, and renewable energy potential. However, the team is hoping the pilot will be the first of many similar projects across multiple countries. “We can use this as a case study,” Mortazavi said. “Then we can go to other countries around the world and train the local technologists to use the 3D printer and start a nonprofit there to be able to build schools.”

Construction of the school will take place in the latter half of this year, with hopes of getting students into the classroom as soon as the pandemic is no longer a major threat to the local community’s health.

This Robot Taught Itself to Run, Then Set a Record by Running a 5K