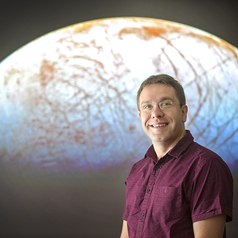 I'm an astronomer and astrobiologist based at the University of Southern Queensland, in Toowoomba, Queensland. I first became interested in astronomy as a five-year-old, as a result of viewing an accidentally recorded episode of the Sky at Night.

I've always been particularly interested in our own solar system, especially the small objects therein - the comets, asteroids and meteors. In recent years, I've been expanding my research to include astrobiology and the search for, and study of, exoplanets.

Somewhere Out There Could Be a Giant New Planet in Our Solar System: So Where Is It?

Tanya HillJonti Horner - January 22, 2016
The possible ninth planet is thought to be quite substantial with a mass around ten times that of Earth and a radius that’s two to four times bigger than Earth’s. This characterizes it as...
Read more