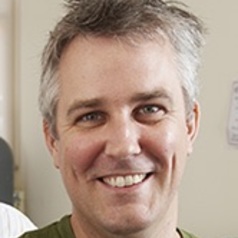 Nick was project leader for the geology of the Perth Basin as part of the WA Geothermal Centre of Excellence (2010-2012).

Prior to his arrival at Curtin, Nick held a Royal Academy of Engineering Fellowship in the Department of Earth Sciences at the University of Liverpool (2002-2003) and was a Research Skills Trainer for postgraduate students at Liverpool's Centre for Lifelong Learning (2003-2004).

He has an Honors degree in Geology from the University of Liverpool (1997) and was awarded a PhD in Geology from James Cook University, North Queensland (2002) for his thesis on "A tectonic evolution through microstructures: Orford to Piermont area of the New England Appalachians, western central New Hampshire."

Luke DalyNick Timms - December 2, 2021
Water is vital for life on Earth, and some experts say we should all drink around two liters every day as part of a healthy lifestyle. But beyond the tap, where does our water...
Read more