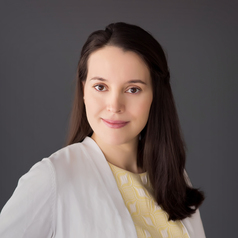 Sheril Kirshenbaum hosts "Our Table" at Michigan State University, an initiative to help consumers make more informed choices about food. She also currently hosts the YouTube series, Serving Up Science, and the WKAR show by the same name.

Sheril co-authored Unscientific America: How Scientific Illiteracy Threatens Our Future with Chris Mooney and wrote The Science of Kissing, which explores the science behind one of humanity's fondest pastimes. She also blogs at Scientific American.

Sheril's writing appears in publications such as Bloomberg and CNN frequently covering topics that bridge science and society from climate change to parenthood. Her work has also been published in scientific journals including Science and Nature and she is featured in the anthology The Best American Science Writing 2010.

Sheril is executive director of Science Debate, a nonprofit nonpartisan initiative to restore science to its rightful place in politics. She works to enhance public understanding of science and improve communication between scientists, policymakers and the public.

Sheril has been a 2015 Presidential Leadership Scholar; a Marshall Memorial Fellow, a legislative NOAA Sea Grant Knauss Fellow in the U.S. Senate and a Next Generation Fellow through the Robert Strauss Center for International Security and Law. She speaks internationally about science communication and has appeared as a thought leader at events like TEDGlobal and Ciudad de las Ideas.

Previously, Sheril served as director of the University of Texas at Austin Energy Poll. She also worked with the Webber Energy Group at the Center for International Energy and Environmental Policy and Duke University's Nicholas Institute for Environmental Policy Solutions. Sheril has been a visiting scholar with The Pimm Group, a fellow with the Center for Biodiversity and Conservation at the American Museum of Natural History and a Howard Hughes Research Fellow.

Andrew MaynardSheril KirshenbaumWalter Johnson - Aug 31, 2018
It’s been a busy summer for food-based biotech. The US Food and Drug Administration made headlines when it approved the plant-based “Impossible Burger,” which relies on an ingredient from genetically modified yeast for its...
Read more