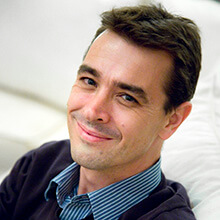 Wolfgang has published extensively on social and economic issues. He also co-authored "Delivering Aid Differently" (with Homi Kharas, Brookings) and "Africa’s Economic Boom" (with Shanta Devarajan, Foreign Affairs). He spoke at TEDx Vienna and launched population.io (endorsed by Bill Gates) as well as worldpoverty.io, two real-time big data models. The German weekly DER SPIEGEL called Wolfgang a "big data virtuoso." Prior to joining the World Bank, he set up Africa Consulting, LLC, and was a Fellow at the Research Institute for International Relations. He gained a PhD from the University of Hamburg (Germany). Wolfgang loves traveling and sports, especially football. He was the football commissioner at the International School of Kenya and organized the “Nairobi Mini World Cup”, one of Kenya’s largest football tournaments for kids.

For the First Time Ever, the World Is Mostly Middle Class and Largely Old

Homi KharasWolfgang Fengler - March 1, 2020
When it comes to economic development, positive change is typically gradual and only noticeable over long periods of time; by contrast negative developments—economic crises—are often rapid and spectacular. This creates a biased narrative that...
Read more