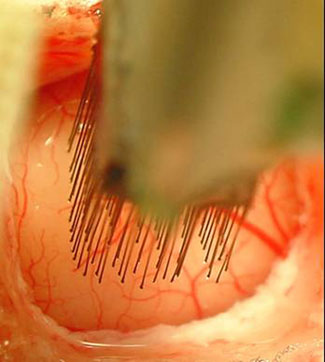 Discover Magazine has just blown me away with a fascinating story on the current state of brain-computer interfaces (BCI).  The story cites numerous projects underway across the globe in which electrodes implanted into the brain are being used to detect and transmit human intentions, and the progress being achieved is incredible.  Here at the Hub we have already seen monkeys that can control prosthetic arms through brain implants.  The story from Discover Magazine shows us that such achievements are just the tip of the iceberg, and that a host of other breakthroughs in the field of BCI are turning up all over the place.

The implications for BCI are absolutely stunning.  Paraplegics will regain the ability to move their own limbs (or prosthetic limbs) when signals from their brains can be extracted and interpreted.  Stroke victims who have retained their consciousness yet lost the ability to speak will regain their voices when signals from their brains are routed to a computer that will synthesize speech.  Normal humans will gain superhuman abilities as their brain is freed of its physical prison, allowing the brain signals that comprise human thought to be projected across a wire or even wirelessly to anywhere on earth or even beyond earth.  Imagine controlling objects anywhere on earth or transmitting thoughts and images to anyone or anything simply by thinking about it.

Many will say that BCI is in its infancy and that we are hundreds or even thousands of years from reaping its benefits, but this type of thinking ignores the reality presented by the story from Discover Magazine.  Paraplegics and monkeys are already controlling prosthetic limbs and computer screens.  Those who cannot speak have already been given a very rudimentary voice.  The next 10 to 30 years is likely to offer advances in BCI beyond most people’s wildest dreams.  Look at these key quotes from the story:

The ultimate aim is not just speech but restoration of full bodily
function. If Kennedy has his way, someday the blind will see and the
paralyzed will walk—and other researchers are racing him to make those
things happen.

Miguel Nicolelis says his quadriplegic sub­jects will walk again—not in 10 or 20 years, but in just a few.

The melding of man and machine appears inevitable, Kennedy believes.
“It’s not hard to imagine that eventually somebody’s brain will be
incorporated into a robotic body,” he says. “It could grant humanity a
kind of immortality and also make us redefine what a human is.”

In a few generations, Nicolelis speculates, brain implants will be
as socially acceptable as breast implants are today. “Implants will
happen in normals when there is a benefit and they are safe,” he
states. He agrees with others that the technology will shape the
evolution of Homo sapiens, and his perspective is unmistakably
philosophical.

Today, he says, we are all in a sense locked-in, but we won’t be for
long. “With these experiments we’ve accomplished something that nobody
has noticed yet: We have freed the brain from the body. We have created
a profound new paradigm for the brain—and not just the disabled brain—to enact its will without the limitations of the biological machinery that we call a body.

“My children probably will see the day when they can sit physically
on a beautiful beach in Brazil but at the same time control a rover on
Mars, experience Mars,” Nicolelis reflects. “Their bodies will be here,
but their brains will be free.”