Wow!  Physorg.com reports that an artificial retina has achieved real success in bringing limited sight to the blind.  The Department of Energy estimates that 6 million Americans are blind because their retinas have been damaged by diseases like macular degeneration.  Worldwide they estimate that 25 million people have been made blind and that this number will rise to 50 million by 2020.

A company called Second Sight Medical Products in partnership with a large consortium headed by the Department of Energy is currently testing its second generation model, called the Argus II, on more than 20 individuals.  Patients that were completely blind are able to see moving objects, read very large print, and recognize several other visual cues once implanted with the Argus II artificial retina.  From the article:

A patient named Terry spotted the shadow of his 18 year-old son as he passed
by on a sidewalk. “It was the first time I’d seen anything of him since
he was 5 years old,” Terry told Artificial Retina News, a publication
of the Artificial Retina Project.

The third generation model is already in the works and promises much better vision by interfacing with the brain using a 1,000 electrode array vs the 60 electrode array used in the Argon II.

These artificial retinas are still years away from becoming widespread because they are too expensive, too clunky, and too fragile to withstand decades of normal wear and tear.  Yet all of these problems are being addressed aggressively and soon millions of blind people will be given back the gift of sight.  Amazing! 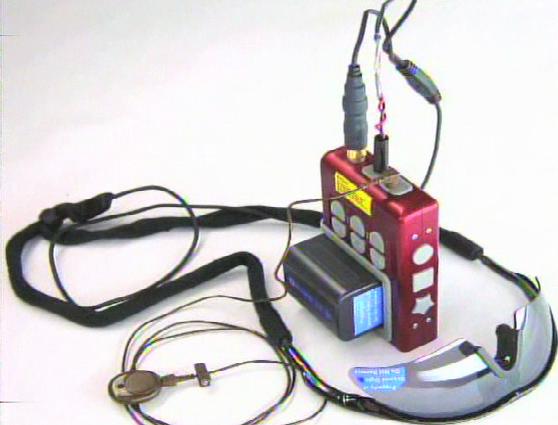 The Artificial Retina Project is a collaborative, multi-institutional effort to develop an implantable microelectronic retinal device that restores useful vision to people blinded by retinal diseases. The ultimate goal of the project is to restore reading ability, facial recognition, and unaided mobility in people with retinitis pigmentosa and age-related macular degeneration.

According to this more technical article, the artificial retina, also known as a retinal prosthetic, works as follows: