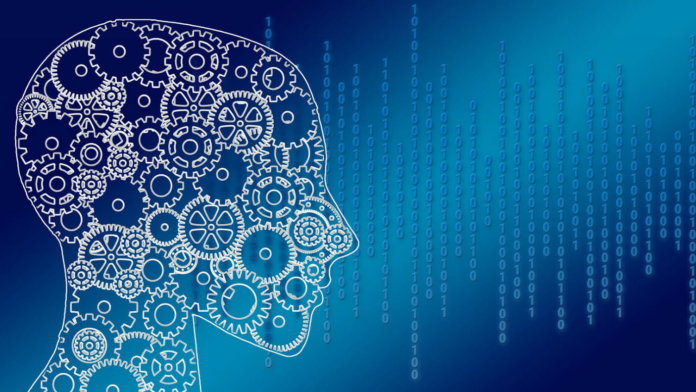 Prominent New York Times reporter John Markoff just came out with a story titled “Scientists Worry Machines May Outsmart Man” that has raised some eyebrows.  Several friends that aren’t even in the science/tech space have since asked me about it so I thought I would chime in.  Are machines really about to outsmart us?  What is the future of man and machine in the next 5, 10, and 20 years?

First, some background from the Markoff story.  Sadly, because of the New York Times’ twisted broken old school business model, you can’t even read their story directly unless you have a subscription an account.  But there is a way around it…go to Google News (news.google.com) and search for Markoff’s story and the New York Times lets you read it for free if you come from Google News.  Anyway, the Markoff story cites a conference on Feb 25, 2009 that was held at the Asilomar Conference Grounds on Monterey Bay in California in which prominent AI and robotics researchers sounded the alarm about the stunning advances machines are making.  The concern wasn’t so much that a super intelligence that exceeded or even matched human ability was coming – at least not right away.  Rather the immediate concern was that machines are right now making significant advances in several small niches of society that will seriously disrupt human labor demand, war tactics, and civilization as a whole.

The researchers apparently want to help shape the discussion around disruptive machine advancement before crisis does it for them.  In other words, be proactive about the issue – start the conversation now and prepare society for the changes that are coming as best as possible.  In this regard I applaud the researchers, as this blog to some degree, and Singularity University specifically, are working toward this same goal.  To Markoff’s credit he mentions Singularity University as an emerging center for this debate, but sadly no mention of Singularity Hub.

Big changes are coming.  In fact that is the entire founding premise of this blog.  Our focus is more broad of course, documenting not only the daily advances in AI and robotics, but also the advances in genetics, brain engineering, medicine and other fields that are all converging to create a transformative future for mankind.

Machines have already made major inroads against a huge array human abilities and tasks.  Machines are largely making humans in the factory obsolete, as evidenced by the flexpicker and the kiva robots.  Robots are rapidly seeping into the worldwide war apparatus from many different angles, whether it be surveillance machines, armed drones, or advanced strategic planning bots.  From soccer, to surgery, to climbing, the list of robotic achievements goes on and on.  So what does the future hold for man and machine then?

Will machines ultimately match and then exceed human level intelligence?  I guarantee it!  Such a point in our future is called the singularity, and the real question is not if, but when and how it will happen.  Kurzweil and other singularity proponents will tell you that machines will match human intelligence in less than 30 years.  I think that is certainly possible, but it could also take much  longer.  At such a point it is impossible to tell what will happen, hence the reason it is called a singularity.

Up until the singularity though, the path is pretty clear.  Machines will continue to encroach upon more and more of man’s abilities.  They will expand in shape, form, and ability.  Some will be focused only on narrow tasks such as moving things or shooting things.  Others will have a more general purpose, able to perform many different tasks,  as in the case of a personal assistant than can help out around the house or workplace.

Even as the robots advance and expand in the coming years though, humans will do the same.  Currently machines and humans are largely separate beings, but in the coming years they will integrate more and more and the lines between the two will fade.  Man will become more machine-like, and machines will become more human-like.  Humans will upgrade their bodies with machine attachments that make them stronger (see the exoskeleton), better at information recall (yeah, that iphone is really an external brain enhancement), and healthier with machines that monitor and repair our health.  Not only will we enhance ourselves with machines, but now that we are unlocking the secrets to our biological workings, we will also be able to upgrade ourselves through biological means.

Unlike the simplistic man versus machine scenario that Terminator has emblazoned into the minds of the general public, the future of man and machine looks much more complicated.  Current and future wars will likely have man and machine on both sides, rather than having man on one side and  machine on the other side.  There will be good machines and bad machines, just like there are good people and bad people.  Adding to the mix will be things that are part man and part machine.

I won’t claim to know the exact future of the man/machine evolution long term, but what about for the next ten years?  Now and during the next decade there are areas where it is clear machines have advantages over man, and others where humans have the advantage.  When it comes to strength, durability, recalling information, harsh environments, and repetitive unchanging tasks machines beat humans hands down.  When it comes to adaptability, situations where the environment or task is constantly changing, feelings, emotion, and good old fashioned human reasoning machines don’t have a chance.  This is where things stand now and most likely for the next decade, but after that all bets are off.  There are just so many amazing advances happening in so many fields that it is impossible to predict how they will play out.

If you are looking for job security in the future, the last jobs to go will be jobs that rely on human reason, creativity, and emotion.  These tasks are the hardest for machines to replicate.  Factory jobs and labor jobs will continue to be dominated more and more by machines, as these are the jobs where the advantages of machines such as speed and strength are most evident.

Big changes are coming.  Disruption is coming.  It is impossible to know how this will impact humanity, but we need to do everything we can to be as prepared as possible.  Corporate business plans, government policy, and regular individuals need to prepare.  But therein lies the focus of the researchers in the Markoff story, which also happens to be the central focus of Singularity University. Much good and also much bad can come from the advances in information technology that are ahead.  We need to do all we can to maximize the good and minimize the bad. Here at the Hub we are chronicling this future as it unfolds, so keep coming back.  No matter how you look at it, its going to be interesting.