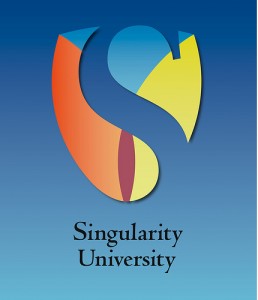 Where have all the forward thinking business executives gone? They’re in school. We warned you it was coming, and now it’s here: Singularity University‘s inaugural executive program began last week at the NASA Ames campus in Silicon Valley. The nine day course will allow industry leaders and MBA students to listen to some of the most innovative thinkers discuss the future of technology. Already, execs have attended classes, explored nearby companies, and driven around in a cherry red Tesla roadster (see the video after the break).

Part of Singularity University’s unique approach to executive training focuses on getting attendees to use social networking to connect their experience to the wider world. You can follow most of what happens in the program on SU’s twitter feed. Making their $15,000 per person program as transparent and publicly accessible as possible is a revolutionary, and some might say, economically dangerous idea. Why pay for the university cow when you get the cyber milk for free? Yet, Singularity University is betting that the uniqueness of their program will continually attract new attendees while recognizing that part of that program is wasted if it can’t be shared with the global community. You get the feeling that SU is trying to show that the new executive must be globally conscience and future-minded.

Already, SU exec program attendees have heard some great talks. There were big name futurists like Ray Kurzweil who gave an opening address. But you also have innovators like Andrew Hessel, one of the founders of openwetware the wiki for synthetic biology. The curriculum (shared in part with the summer session) is expansive and execs may also get special visits from experts like Jonathan Zittrain (cyber-law guru) and others. If it deals with the future, and fits in a nine-day session, you can bet SU is trying to include it in their executive program.

Of course, one of the great things about short programs such as this one is that they can be repeated fairly regularly. The next session begins in February, and interested parties can sign up at the Singularity University website. With each session limited to 40 people it’s going to be interesting to see how quickly this next one fills up.

As neither an executive, nor a student with $15k to spend on continuing education, my interest in the SU nine day program is centered less on the curriculum than on the projects that may arise from it. The summer session led to the development of a new car-sharing company (Gettaround, mentioned in our iPhone Zipcar story). With less time, but more industrial clout, I wonder what kind of new products, philosophies, or synergies are being born this week in the halls of Singularity University. A lot could happen in nine days. Especially if those execs stop joy-riding around in roadsters.