Technology and art relate more to each other than you might think. Art mimics life. And it’s an understatement to say that technology is changing the way we live. The Transhumanist movement embraces technologies like cognitive science, cryonics, artificial intelligence and biotechnology—the same forces that are bringing about profound physical and societal change. And as technology advances, so do our visions of the future. But what truths do these visions represent? Humans are extending current biological limitations, and in the next few decades what it means to be human might change considerably. Check out these cool photos below to get a Transhumanist and artistic slant on what the future may hold.

Artificial wombs? Not so far-fetched. We already have the ability to keep donor hearts pumping externally with nutrient-rich oxygenated blood before transplants are performed. That’s mind-blowing.

Believe it or not, this guy has a lot in common with former cyborg Kevin Warwick, the professor at Reading University in England who wired his nervous system to control a robotic hand on the other side of the Atlantic. Warwick is already putting animal brain cells into robots as a control system.

The only thing creepier than a baby robot named Diego-San is a cyborg fetus with no name. It’s an interesting concept that before long we might be incubating our unborn children in tanks, but we might want to think about what that means for population control and the Super Bowl first.

“The Map Is Not the Territory” by Kate Clark

We can’t find a single reason to make a human-gazelle hybrid, but fusing animals and humans (however frightening the concept may be) could be good for something. Couldn’t it?

It’s only a matter of time before we start digging up skeletons of robots past. With all of these robot dogs walking around and being taught new tricks, how long will it take for robots to adopt other more efficient animal designs? 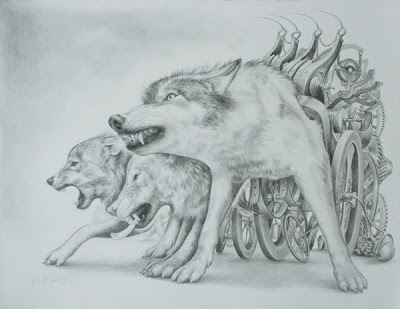 “The Wolves of Prejudice” by Heidi Taillefer Robot at Work by Unknown Artist

With stunning achievement’s like Toyota’s robot violinist, it’s no wonder that someday soon we’ll have robot assistants helping us with formulas, figures and other tasks at work. This paradigm could be a catalyst for a new robot population, complete with legal rights and an education and housing system. 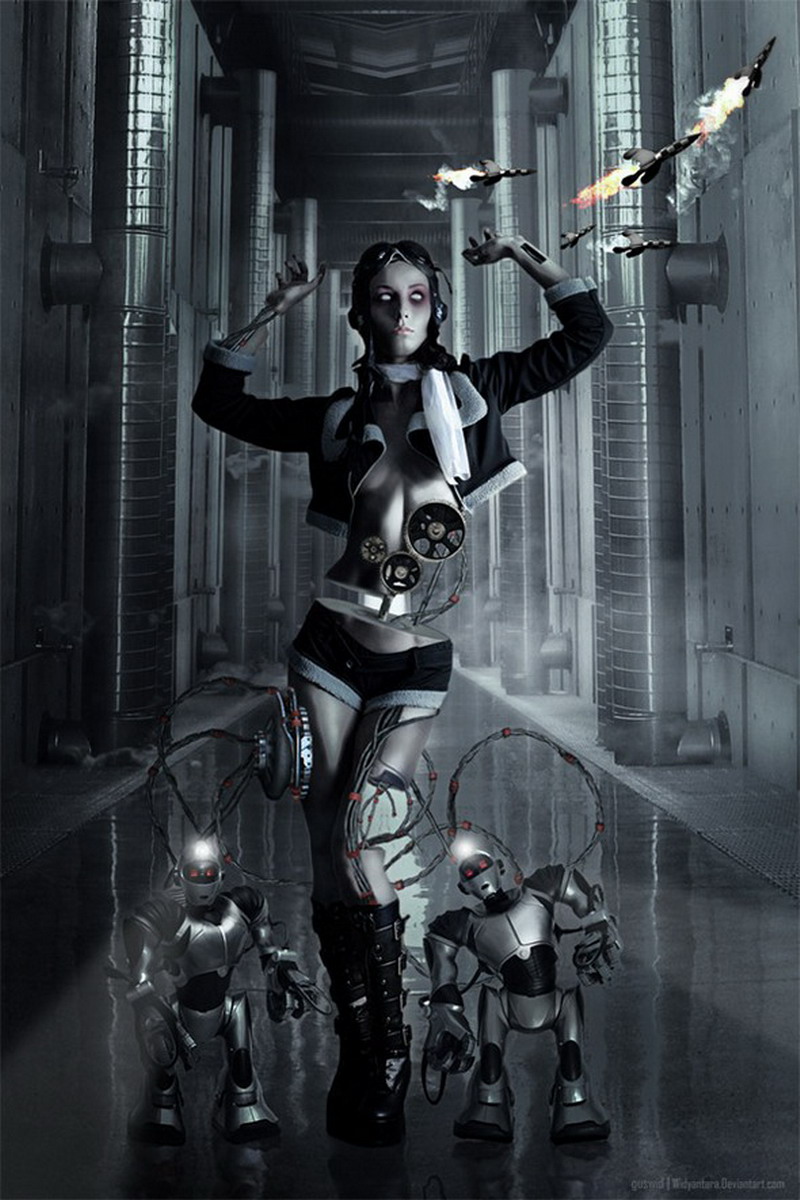 We all have some sort of anxiety surrounding death. But what if we could cheat it? Would we still be afraid of it? We now have a neural interface that allows our brain impulses to control wheelchairs, computer cursors and robotic body parts. This could be profound for those of us who want to live beyond death.

Bottom line: Transhumanism isn’t fantasy, but a far-looking aesthetic based on real technologies. Whether or not you’re a Transhumanist, future society and all of the potential it brings does seem exciting. Now all we need is a box that keeps our brain working long enough for a cyborg transplant. Sounds routine enough.