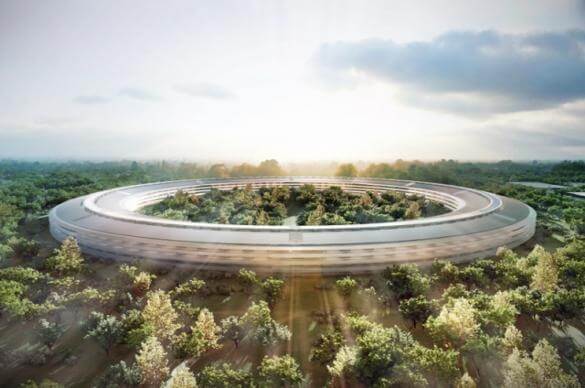 They’ve lost a king, but they’re still building Camelot. Apple’s CEO Steve Jobs may be stepping down from his position, but one of his last acts in the office will undoubtedly go down as one of the most amazing as well. Apple Campus 2, nick named “the Mothership”, is set to break ground in 2012 and it looks simply stunning. Part flying saucer, part hadron super collider, part Dr. No’s lair, the Mothership will be a 2.8 million square foot facility located on a 175 acre lot off Highway 280 in Cupertino. Featuring a 1000 seat auditorium, 300,000 square feet of research space, and its own power plant, the new campus will house Apple and 12,000 in house employees in glorious style. You don’t want to miss some of the official (and insanely cool looking) renderings in the pictures below. We’ve also embedded the full PDFs for the structure that Apple submitted to Cupertino’s city council. An ill-stricken CEO laying the foundation for a futuristic headquarters to take his company into the next century? I feel like I’m in a Poul Anderson novel. Damn, this thing looks badass.

While there are still some official hoops Apple has to jump through before Cupertino will permit the building of the new mega-office, Mayor Gilbert Wong has made it abundantly clear that the city is behind the project. Which means that the Mothership is as sure of a thing as you get in real estate. The fallout from the construction of this building could be complex, but that’s not the important part of this unveiling. Whether productivity increases in a single central structure or is best served by smaller buildings on a campus isn’t the story here, nor are the particulars of the facility (it has its own gym, but who cares?). The Mothership is important because of what it proclaims: Apple’s iSuccess story isn’t temporary. They aren’t planning on hitting another slump that Steve Jobs has to bail them out of. Their construction of this one of a kind and visionary building sends a clear message: “we will continue to kick ass.” Maybe spending millions on this new building will help fulfill that promise, maybe it won’t. Again, doesn’t matter. What matters is that Apple is claiming victory, for today and for tomorrow. Their empire has only just begun. At least, that’s what the Mothership wants us to think. …and considering how awesome it looks, who am I to disagree? 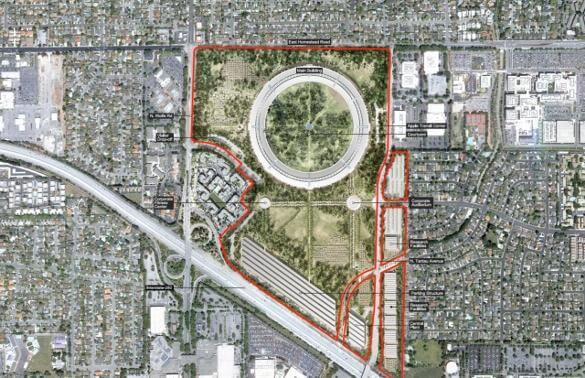 Original PDF of Introduction to the Mothership

Original PDF of Renderings of the Mothership

Original PDF of Site Plan and Landscaping for the Mothership