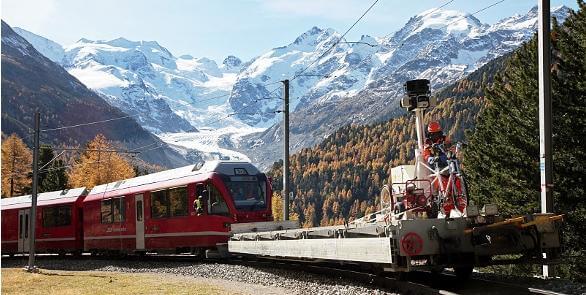 The journey towards a completely digitized life takes some very subtle steps, and Google is one of the companies doing most of the walking. Open up any web browser, fire up Google Maps, and you’ll find that the world is at your fingertips. Thanks to Street View, you can visually explore paths that take you past the ruins of Pompeii as easily as the roads in front of your neighborhood pizzeria. Now the boundaries are being pushed even farther. Google recently announced that it was taking its Street View ‘Trike’ camera along the historic Albula Bernina railway line through the Swiss Alps. This follows their trip down the Amazon River this summer. See both journeys in the videos below. From bikes to boats to trains, Street View is going everywhere, and it’s taking us all along for the ride. If this trend continues there will be few places in the real world you can’t explore from the safety of your chair.

Google’s camera on wheels, the Trike, takes pictures in nine different directions as it gets pedaled around. Street View later stitches these together for 360 degree panoramic shots. While biking is good enough for many remote locations, something special had to be done to explore the world from a train track. Mounting the Trike on a special car, Google is recording a one of a kind trip through the majestic beauty of the Swiss Alps. Watch the scenery go by in the video below and you’ll see it’s no wonder the Albula Bernina Line is one of UNESCO’s world heritage sites.

If trains and mountains aren’t your thing, you’re still in luck. It was just a few months ago that Google announced it would slowly be recording the Amazon River for Street View, starting with a small 50km stretch along the Rio Negro. Still ongoing, this project will give the world a better look at life along the river, the surrounding forests, and the communities therein. While the Trike is likely to get plenty of pedaling through the forests and villages along the banks, it has a much better ride when journeying down the river itself. Check out the boat-top voyage in the video below, followed by some high quality pics: 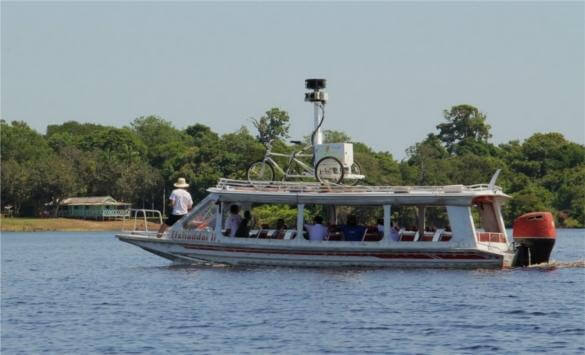 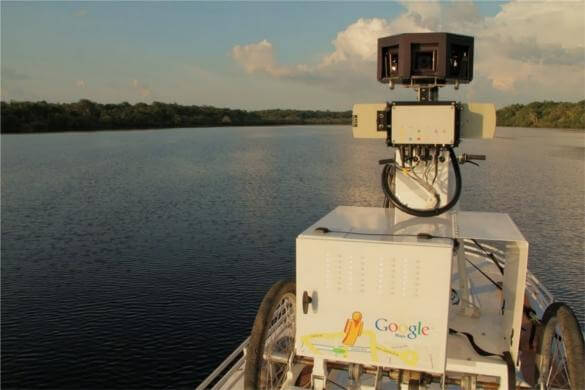 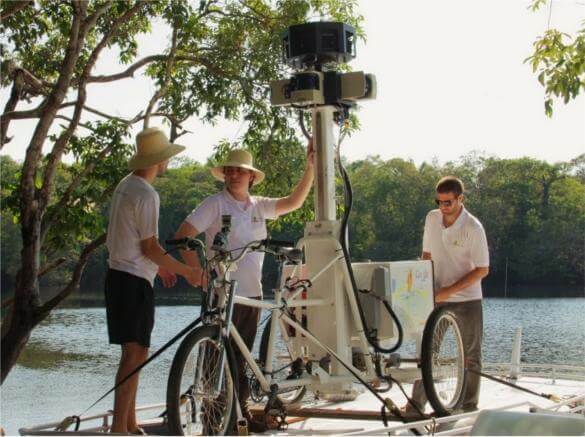 As adventurous as these two latest trips for Google Street View may be, they are only the latest in a long line of specialized camera shoots. Visit Street View’s gallery and you’ll see shots from many other UNESCO World Heritage sites like the Hiroshima Memorial and Stonehenge. There’s also amazing photos of famous world landmarks (the Colosseum, the Louvre, etc), panoramic shots along Hawaii’s beaches, the slopes of Whistler’s Peak, and much much more. Street View has been on all seven continents, and just about every kind of terrain you can imagine. Google adds more locations everyday (albeit mostly mundane places) and as with the Alps and Amazon projects, is incorporating famous vistas on a regular basis. Sitting down and ‘traveling’ through the world via Street View is a vacation that can take you days even if you just stick to the most popular locales.

I’m very excited about where this trend is taking us. We’re building a digital resource that captures part of the stunning visual power of the physical world. Google’s not alone in this. Big names like Bing, as well as smaller groups we’ve reviewed in the past, are giving us high quality, often 3D, maps to explore. It’s increasingly common for these digital maps to include user generated pics and videos, geo-tagged and shared through social media. Digital maps are poised to give us an up to the minute recording of the Earth in detail that comes strikingly close to the real thing. I’ve said it before, but it bears repeating: we’re going to be able to visually search the world the same way we search the internet. Street View is one of the pioneers on that journey, but we’re all going to be taking the trip in the decades ahead. As mobile phones with high quality video cameras continue to explode across the globe, we’re going to see much more of the world open up to digital exploration.