Fabian Oefner is a Swiss photographer who explores the interplay of science and art. Earlier this year, he watched a video of ferrofluids being used to create artistic sculptures. So he started experimenting with the liquid on his own until he discovered “strange brain-like structures” upon the addition of watercolors, as he told It’s Nice That in an interview last May.

The result is stunning and other worldly.

The project dubbed Millefiori includes only a few images of the mixtures that were produced, but they are beautiful. Oefner stated that “With photography it is possible to magnify such tiny structures or to freeze a moment lasting only in the blink of an eye.” As he told io9, “My aim is to capture [scientific] phenomena, that we are all aware of, in an unseen and poetic way.” 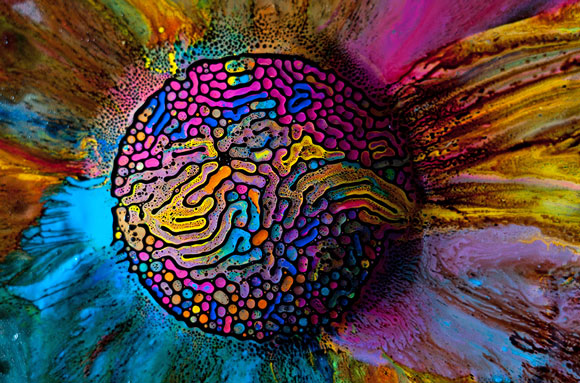 A closer view reveals finer structures reminiscent of the inside of a cell: 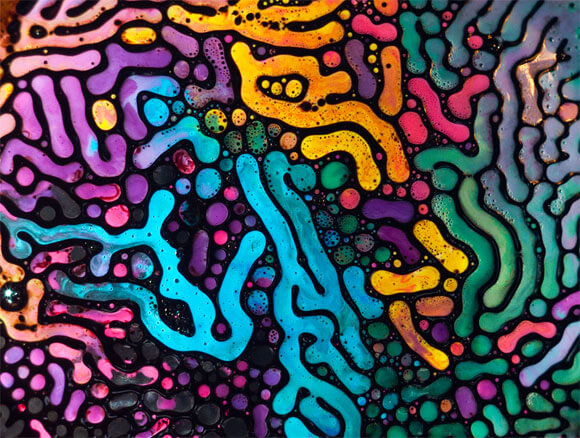 The project’s name is inspired as well. Millefiori is a type of ornamental glass produced by melting glass rods of different colors, diameters, and patterns together then cut into sections that are often turned into pendants. The difference is that the ferrofluids as liquids are in flux while the glass pieces are static because they are solids.

First discovered in the 1960s, ferrofluids are nanoscale, iron-containing particles suspended in a solvent as a colloid, much the way that fat globules float in milk. In the presence of a strong magnetic field, the nanoparticles in the motor oil-like fluid flow along magnetic field lines, creating static cones or peaks. Modulation of the magnetic field strength changes the density of the fluid and the shapes produced. Because the nanoparticles do not stick together thanks to a surfactant in the solvent, they don’t form permanent magnetic aggregates that would settle out as a precipitate.

Currently, ferrofluids are used in some hard drives and high-end speakers, but video sites like YouTube have made them a popular eyecandy for science.

The rather serendipitous discovery made by Oefner is that the addition of watercolors to the ferrofluid creates a heterogeneous mixture, much as oil and water will, but the structures that form are somewhat stable and compartmentalized.

To see the ferrofluids/watercolor structures in flux, watch this small video that shows how these mixtures were made:

Additional images from Oefner’s website show two other structures that are only the size of a thumbnail but made incredibly detailed by high resolution cameras: 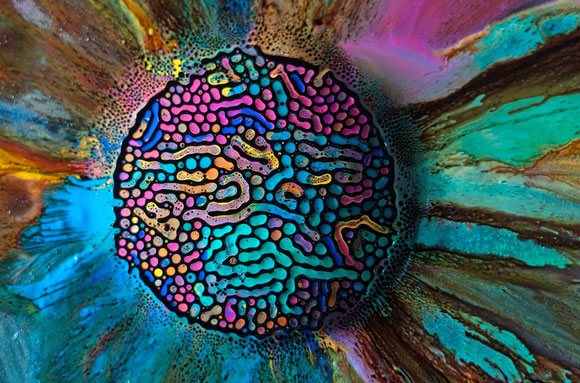 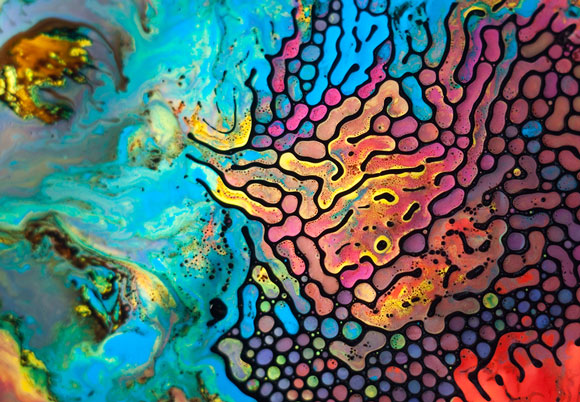 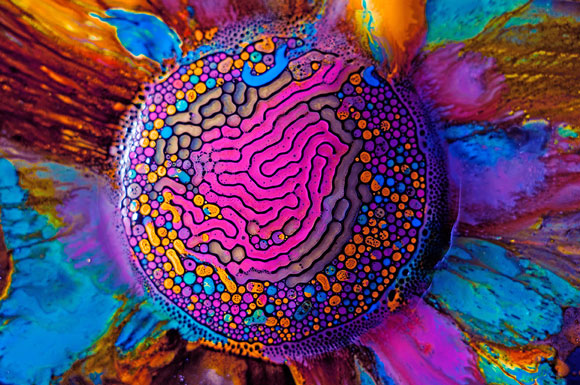 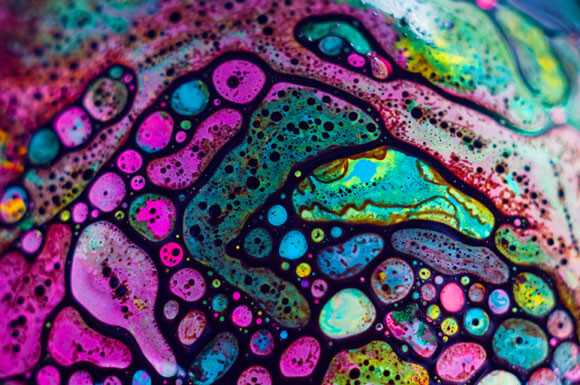 Before leaving the world of ferrofluids, it’s worth making one last stop. The artist working with ferrofluids who Fabian was inspired by is Sachiko Kodama. Back in 2007, Sachiko created an exhibit called “Morpho Towers — Two Standing Spirals” that is worth trancing on as well: