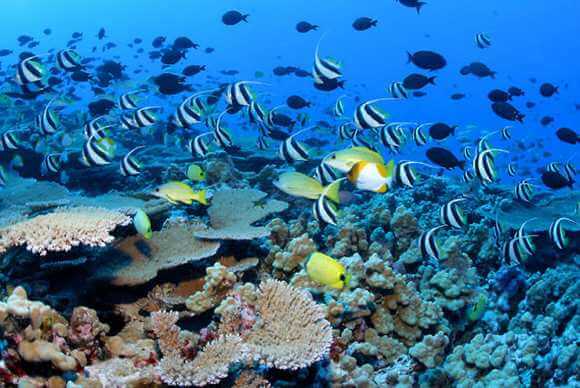 Eduardo Labarca wants to bring the ocean you. Not through the kind of striking, high-definition imagery that Planet Earth brought, but through an immersive experience where you actually get to navigate the corals, chase the fish, explore the shipwreck yourself. Which is why Labarca created AcquatiCo, a web-based ocean exploration platform. A Kickstarter campaign has been launched for the startup. If successful, it will be the first step in the company’s goal of giving people unprecedented access to the ocean’s treasures using just their computers, tablets or smartphones. I got a chance to talk with the Singularity University graduate and ask him about AcquatiCo, and his vision to “democratize the ocean.” But first, check out the impressive video from Acquatico below: The underwater immersion will be transmitted from a fleet of robotic submarines that users can control. They dive to a depth of 400 ft (122 m) and onboard lights allow users to see in the darker corners of the deep. The solar powered submarines will be connected to a buoy by a fiber optic umbilical. Not your average buoys, they will house everything the submarine needs to navigate the underwater world: power for the submarine, computing capabilities, GPS, and a military grade communication system that will transmit high-definition (1080p) video to an on-shore server. The communication requirements between the buoy and the server currently limits the sub’s distance to five miles from shore. But with 4G technology, Labarca expects the range to increase in the near future. But AcquatiCo isn’t only about joyrides. By bringing the wonders of the ocean to the masses they hope to serve a deeper purpose. “Conservation of the oceans is our vision,” Labarca told me. “It’s our ‘Why.’ The ocean is a key factor in the planet’s environmental balance. It’s where the most oxygen is produced, where the weather is stabilized. But, as [Jaques] Cousteau said, people will protect what they love. If they’re not close to it, they won’t feel engaged.” But Labarca wants to go beyond the documentaries of Cousteau. Allowing people realtime navigation of the ocean, he thinks, is a more powerful way to get people engaged with the ocean. As they do, he hopes it changes their attitudes and, more importantly, their habits. “From Cousteau’s work we learned about the ocean, we started caring about it. Many foundations appeared working to protect the ocean. But I believe if the massive audience is not involved the impact will remain low. Right now the people truly interested in the ocean are researchers with focused interests. I believe that we need everybody. We need to make it a crowd thing, not a niche thing.”

AcquatiCo’s Kickstarter campaignaims to raise $135,000 to build and launch their first submarine. The bulk of the money won’t go toward the actual submarine, which is relatively cheap to build, Labarca tells me, but toward developing an effective communications system between the buoy and the onshore station. The problem that AcquatiCo faces is not just allowing users to control subs from their tablets and smartphones, but allowing millions of users to do so. The platform to make that happen, a proprietary protocol based on technology being used by the military, is already well under development, having begun from a previous successful Kickstarter campaign. Another problem is latency, the amount of time it takes for information to travel from the sub to a user’s computer and back. They say they’ve already minimized the lag but are continuing to work on a new interface that would decrease the lag even further. They’re also focused on improving the technology on land to enhance the underwater experience. “We want complete immersion, we really want to try to get you inside the water. We’ve been experimenting with several 3D goggles so you can actually feel inside the ocean. The goggles will also have music or even audio right from the ocean.” Just as the Mars rovers allow humans to visit other planets, AcquatiCo’s robotic network would bridge us to the ocean deep. In addition to commanding the subs, people in AcquatiCo’s network will form a community where people can share their experiences, their images and films, and their enthusiasm for the ocean. This community will be at the heart of Labarca’s goal of spreading appreciation and awareness about the underwater world to the wider population. AcquatiCo is staffed by some impressive personnel to help make that vision a reality. Their two diving experts are Randy Berthold and Fernando Olivares Chiang. Berthold has over 30 years of diving experience and has been a diving safety officer for NASA since 2003. Chiang, an underwater photography expert, has previously taken top prize at the World Underwater Federation’s underwater photography championship. Chiang’s experienced eye will help ensure that AcquatiCo dive sites are “must sees.” They’re also advised by Kanna Rajan, an artificial intelligence and autonomy researcher at the Monterey Bay Aquarium Research Institute, and former astronaut Dan Barry, a veteran of three space flights and four spacewalks.

As of yet, the location of the first sub launch in March 2013 is undecided. The actual location will be chosen by Kickstarter supporters from three possible locations: Aruba, Monterey Bay, or Robinson Crusoe Island in the South Pacific. To begin, a small handful of beta testers, affectionately called ‘oceanauts,’ will take the system for a dive. In the future different packages will be available to AcquatiCo users. The basic package is free and will allow people to follow along on missions, watch the imagery as the subs are piloted. Being able to record missions or joining the community will carry a fee. Being a commander and actually getting behind the rudder will be the most costly – and rewarding – package. I was shocked when Labarca told me that 99 percent of humans have never actually touched ocean water. It makes sense, he says, because so few people actually live near coastal waters. Although just an idea at the moment, Labarca said he was considering using the subs to set up a kind of virtual aquarium in poor, rural areas that have no chance of seeing an actual aquarium. The virtual aquarium’s cost would be much lower than an actual aquarium, making it cheap and accessible to poor areas. People living in villages of inland China, for example, can come see live video feeds from the subs and ‘see’ underwater for the first times in their lives. When we think of remote-sensing and rovers, we normally think of the planets. But Labarca and AcquatiCo are asking, if millions will follow a Martian rover online, why not show them the beautiful hidden world beneath our oceans – and let them explore it themselves?