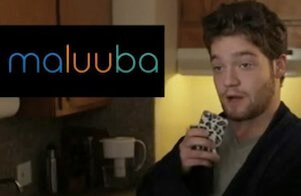 When Siri first hit the scene, many smartphone users were either enamored by the app or were jealous that they either had an unsupported iPhone or used Android devices. But over the last year or so, more apps have been vying to be your next virtual personal assistant.

The battleground of the virtual personal assistants is starting to get crowded. We first reported about Evi at the beginning of this year and provided an update about improvements made to the system aimed at keeping it competitive with Siri. Recently, Google released it’s search app on iOS, which includes a voice search that has performed well against Siri in user tests. Other related Android apps include Skyvi, Vlingo, Robin, SpeakToIt, and others on the horizon. Voice-recognizing apps are also being developed in other countries, such as in Spain where a new Spanish-speaking app called Sherpa is under development to go head-to-head with Siri.

The latest is Maluuba, a voice-recognizing search app launched earlier this year on Android that wants to be Siri-like but more focused on the task at hand, instead of being conversational.

Through natural language recognition that uses a statistical model to process commands, Maluuba interprets a spoken phrase and then taps into a variety of services via APIs to complete the request. This produces faster results than using a search engine alone, according to CEO Sam Pasupalak. Furthermore, the app funnels tasks into one of 18 categories with more on the way.

Maluuba was born at the University of Waterloo in 2010 as a research project. Now two years later, the team has raised $2 million from Samsung Ventures, launched an International Edition that pulls data from local services, and started to market the service more aggressively through commercials. Check out this really well directed one aimed to show Siri she isn’t cut out for the job:

It’s clear that the makers of Maluuba believe in their product, and it seems that users agree from ratings left for the app, but the real question is how well does it perform against Siri head-to-head? Fortunately, some YouTube reviewers have addressed that very question:

Maluuba has big plans to raise another $8 to $10 million in order to expand beyond it’s current 22 employees, and it’s looking to launch its own API soon, which will open up the service to developers.

Clearly, competition is bringing many players to the table, and that could be quite advantageous for users in that a variety of personalities and specializations could emerge. In fact, there’s really no reason to think that we’d need to limit ourselves to only one assistant app.

While many users have downloaded these apps, it still isn’t clear just how much they are being used. It also seems that, even in these early days of apps, developers have designed assistants with two kinds of personalities: either the chatty, quick-witted type or the studious, quiet assistant. Hopefully, more variety beyond these standard human stereotypes will be coming soon.

If there was any doubt about the direction of this technology, we should keep in mind that voice input will become as standard as keyboard and mice are for computers, whether people use the service on their phones or not. This isn’t too much of a surprise, considering that a smartphone is just a computer that you carry in your pocket, and the ability to talk to computers has been a staple of science fiction from early on. In the next few years as the technology matures and more services emerge, users should have a variety of ways to get voice-recognizing assistance.