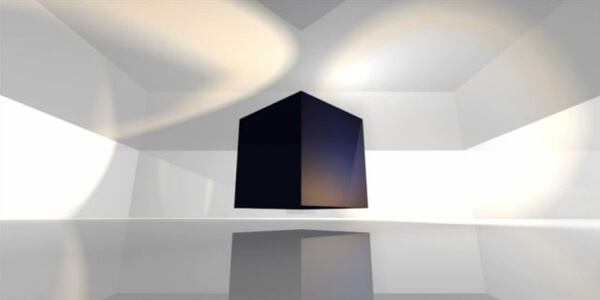 Video game developer 22Cans’ Curiosity—What’s Inside the Cube has the net all a-twitter. What is inside the cube? The answer to Life, the Universe, and Everything? Or better still, the question? An all expenses paid trip to Disney World? A chorus of 22 Oompa-Loompas congratulating you in song and dance? Well? Curious?

For those who don’t know, the game’s premise is simple.

Everybody accesses the same giant cube made up of 64 billion smaller cubes deposited in countless layers. Players destroy the little cubes to earn coins. Coins buy tools promoting more efficacious cube destruction and coin earnage. What’s in the middle of the cube? Only one lucky person will find out – the person that destroys the last cube.

Well, I don’t know about you, but I was curious. A little. Until I tried to log on. According to 22Cans, a million other gamers want in too. These viral hordes keep crashing the server. To my dismay, I was greeted repeatedly by a distinctly non-threatening (if moderately frustrating) message in muted grays.

On their site, 22Cans says they’ll “carry out 22 exciting, innovative experiments to demonstrate how incredible gaming can be.” Which got me thinking…is this part of the experiment? Might this in fact be the point? A deep statement about technology, the digital world, and social media? As it turns out, no, not at all. The exhausted programmers in the below video have spent the last several days scrambling for a fix.

So, why bother? Well, there’s ample evidence people would be playing the game for coins and destruction alone.

An entire genre of games works on a similar premise. And some gamers do seem to just enjoy breaking blocks. Meanwhile, others want to leave a mark for the rest of us to find. These gamers carve pictures or messages into the surface—only to have them erased as a new layer is exposed.

But centrally, 22Cans’ server would probably be just fine absent this sensational statement in their promo video, “Whoever chips away at that last block will have their life changed forever.” By god, there aren’t five golden tickets. There’s only one! “I’ll have 200 Wonka Bars, please.”

It’s hard to argue with a million person strong cube-destroying frenzy. 22Cans seems to have surprised even their own expectations as to how well they could manipulate the absurdity of crowd behavior.

In my view, the cube tells us something either incredibly deep or incredibly shallow about our fellow humans. Or, let’s get zen, both deep and shallow at the same time.

Humans are curious, competitive, creative, and destructive. Nothing we don’t already know. But most of all? Humans have a lot of free time these days. And if that doesn’t say something about the benefits of modern technology, nothing does.