After Merger, 3D Printing Industry Has A New Leader 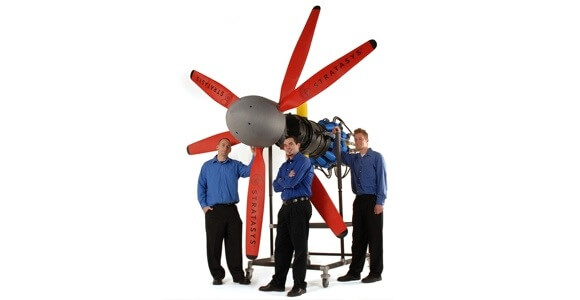 ‘Join and conquer’ – this seems to be the strategy behind a recent move by the world’s (formerly) second and third largest 3D printing companies. Stratasys, based in Minnesota, and Objet, based in Rehovot, Israel, have combined to become the new king of the 3D printing mountain, and in doing so, have emerged from beneath 3D Systems’ shadow.

The merger follows on the heals of aggressive moves made by 3D printing giant, 3D Systems, to consolidate the market. After a torrent of 24 acquisitions in just two years, 3D Systems stood as the clear industry leader. But after the merger the new company – now just Stratasys – has a market capitalization of approximately $3 billion, making it the largest 3D printing company in the world, surpassing 3D Systems’ market capitalization of $2.4 billion.

The new and improved Stratasys has three major technologies: Fused Deposit Modeling (FDM) for quick and cheap prototype design, inkjet-based PolyJet for prototypes that require higher-level of detail and a finer surface finish, and Solidscape Drop-on-Demand (“DoD”) 3D wax printers for investment casting. The company now stands alone in being able to manufacture objects out of more than 120 different materials.

According to Scott Crump, executive chairman of Stratasys, the merger enables the company to “address customer needs across the entire 3D design and manufacturing spectrum. The combined company has a deep well of talent and a strong board and management team to lead us successfully as we continue to pave the way forward for the 3D printing industry.”

Just as 3D Systems expanded its marketshare by acquiring specialized companies like Bespoke and My Robot Nation, the expanded Stratasys will have increased market access through Objet’s customer base. Objet, which will remain headquartered in Rehovot, expects to save $3 million to $4 million in annual taxes following the merger. And the overall boon to Stratasys is expected to reach $7 million to $8 million of annual net cost savings by the middle of 2014.

The 3D printing market is still a young one, so it’s too early to say who’s going to be the big winner in the end. 3D Systems made a name for themselves with their SLA technology and they still possess the most diverse selection of 3D printers. The company still corners the high-end 3D printing market, and they’re still on the move. Just last month the company launched their Next Gen ProJet 3D printers that can produce larger, high definition prints, casting wax patterns, and can be controlled remotely.

Thankfully, not everyone is in the market for high-end prototype production. Staples just recently launched their “Staples Easy 3D” for people without engineering or design companies to run but just want to play around with this new technology. No doubt more players will enter the 3D printing scene, and as competition increases and prices drop, both CEOs and average Joes will benefit.