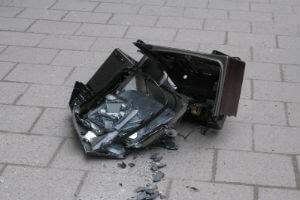 If you haven’t been watching television lately, you’re not alone. Television viewership continues to decline, especially among younger viewers. While new shows come out every year, it doesn’t look like anything save a fundamental rethinking of the medium can spare this aging technology from a continued decline.

Though hard to imagine for the once-dominant medium, it’s the message millions of people are communicating to TV network execs. People looking for entertainment are finding TV to be non-interactive, ad-laden, and missing all the personalized, dynamic features that can be found through digital consumption, such as streaming services and online experiences. What’s questionable is whether they are listening. And just like any large conglomerate that has attempted to keep the status quo in the face of progress, their resistance to new technologies is going to cost them dearly.

Case in point: numbers out of Viacom, the parent company for MTV, Comedy Central, and Nickelodeon, last October. A month after the fall 2012 TV schedule started, viewership had already dropped significantly, with MTV losing 32 percent and Comedy Central 19 percent of viewership. This is alarming for TV execs because television hasn’t been able to hold younger people’s loyalty like it has with older viewers. Likewise, network TV is also suffering the same kind of drop off with ABC, FOX, and CBS reporting declines between 19 and 25 percent (NBC is the only one to report an increase). Generally, some tapering off is expected, but the drops are noteworthy because it means that the current offerings, whether new or renewed series, are just not capturing audience attention like they have in the past.

The culprit? Thanks to a variety of technologies that have given viewers the freedom to watch what they want anywhere and anytime, consumption has shifted significantly as the video consumer evolves, as was discussed by Pat McDonough, SVP of Insights and Analysis at The Nielsen Company at the Advertising Research Foundation last year:

Now consider this: in just the last four years — that is, since the launch of Hulu and Netflix’s online streaming, coincidentally — TV viewership has declined 12.5 percent. On the surface, that may not seem like a big deal. However, it’s in step with the movie industry, which has been declining for a decade to the tune of 25 percent, and that’s including the big shot in the arm that 3D movies have brought to attendance numbers. For both film and television, these trends are likely to continue.

Some other hard hitting numbers from a comScore report last December drive the point home even more: 100 million Americans watch online video per day, which amounts to 43.5 billion videos a month. That’s a 43 percent rise in just one year. The computer screen has become the go-to place for breaking news, when only a decade ago TV was king.

Huge amounts of content plus growing audiences plus built-in ad delivery plus not having to deal with network execs equals one very bright future for online video consumption.

What is happening to television is no different than what has been occurring in film, music, newspapers, and book publishing — online digital platforms are dominating and have the momentum. Each of these industries has had its own struggles trying to find ways to monetize its content and justify what it charges, so television won’t be any different. Furthermore, each industry learned that once they let content outside of the walled garden, some of it just couldn’t compete with independently-produced works. With as many complaints as people make about there being hundreds of channels on TV but nothing to watch, one wonders if the network execs have a better understanding of the low value of their content than they let on.

While the era of TV as we’ve known it is far from over just yet, a fork in the road is coming soon. Either an entirely new model will be embraced, one that bears more similarity to what the founders of Hulu envisioned it could become, or network and cable TV will become more and more irrelevant.

If the wrong path is taken, TV will become much like radio: present, but ineffectual.