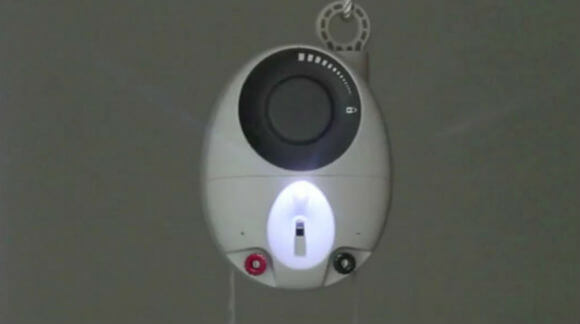 Renewable energies are all the rage these days and are assumed to be a big part of meeting energy demands in the future. Yet solar, wind, and hydroelectric each have geographic limitations and suffer from intermittent issues that can make their utility not as dependable as one would like. In light of this, what would be ideal is a source of energy that can be utilized at will and available anywhere at anytime.

That may be a pipe dream to meet all energy needs, but when it comes to delivering basic lighting to the more than 1 billion people without reliable light, a design and innovation company called Therefore Products believes it has the answer in GravityLight.

On the simplest level, GravityLight converts gravitational energy into light, just like its name promises. That’s right, you lift a bag filled with 20 pounds of stuff (sand, earth, whatever) and attach it to a cord. As gravity pulls the bag down, an LED light is illuminated, working kind of like those hand-cranked flashlights. A braking mechanism causes the weight to drop slowly, producing about 30 minutes of light, and returning the bag to its original height “restarts” the light.

For the last four years, the project has been aimed at a way to replace kerosene lamps used in certain parts of the world still. The designers eventually produced a working prototype and then turned to Indiegogo to get it up to production level.

Aiming to produce an initial batch of 1,000 units, the team wanted to raise $55k in crowdfunding so that the lights could be manufactured, tested, and given away to those in need. So far, the Indiegogo project has been a great success. More than 5,000 backers have thrown in their support to raise nearly $400,000. This funding will also be used to design an improved GravityLight, which the developers believe will double its efficiency, make it possible to charge batteries or other devices like phones, and drop the price point of $10 in half.

Here’s the pitch from the team at DeciWatt.org that’s working with Therefore Products:

Now lifting a sand bag to light up a home isn’t necessarily the kind of sexy solution to energy demand that a solar energy kit like the ReadySet solar charger provides, but GravityLight offers some serious advantages to other basic lighting solutions. First, it is geographically and physically independent, meaning you don’t have to live in a certain high solar zone or even be outside to make it work. Also, it isn’t susceptible to short- or long-term weather patterns, like overcast skies or drought which can affect wind and hydroelectric power, respectively. Finally, unlike lights that convert mechanical energy produced from turning a crank for minutes at a time, gravity is doing nearly all the work, so it’s fairly effortless.

Considering that the ReadySet charger recently moved into the US market, it’s worth asking if GravityLight has the potential to crossover into markets of developed countries? IMO, very much so. It seems to be an ideal device for emergency lighting, camping, and as part of an off-grid lifestyle. Enough significant power outages have happened in recent memory (from such disasters as Hurricane Sandy) that a light that doesn’t depend upon being recharged would be most welcome.

At the heart of it all, GravityLight really is about more than making a light that doesn’t require electricity. It’s a demonstration of how gravitational energy can be tapped to meet basic needs. Sure, it would be great if one didn’t have to lift a bag, but then again, all you have to do is lift a bag onto a hook and you get light instantly, whenever you want.

When it comes to the world of energy, there is no such thing as a free lunch. But it’s encouraging to see that the price for energy enough to light a small area has been reduced down to simply lifting a bag.