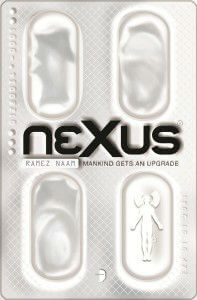 What if you could read my mind? What if I could beam what I’m seeing, hearing, and thinking, straight to you, and vice versa? What if an implant could store your memories, augment them, and make you smarter?

Long the stuff of science fiction, technology that can directly tap into, augment, and connect human brains is becoming science fact. And that means big changes for all of us.

Consider what we’ve already done – getting data in and out of the human brain:

Hearing – At least 200,000 people alive today use a cochlear implant. A cochlear implant looks like a hearing aid, but it works quite differently. It takes sound waves in the environment and transforms them into nerve impulses to the auditory nerve. In creating it, we’ve tapped into and partially decoded the way the nervous system represents sound.

Sight – In 2002, researchers restored vision to a blind man by wiring the output from a digital camera directly into the primary visual cortex in his brain. A Matrix-style jack from the camera went straight into his brain, enabling him to see, though both his eyes had long since been destroyed. Now a related technology is on the verge of FDA approval for widespread use in blind patients.

Video Out – Researchers have also shown that by using an fMRI brain scanner, they can reconstruct what a person is seeing, demonstrating that we can get visual data both into and out of the human brain.

Motion – In 2000, a quadriplegic patient named Johnny Ray became the first to receive a brain implant that would allow him to move a cursor by thought.  Now, even better versions of the technology are in human trials. Last year, researchers published a video of a paralyzed woman using a robot arm to feed herself chocolate by thinking about it.

All of these are crude technologies.  They are very very early versions of a technology that is just getting started. Yet as engineers produce better methods for increasing the amount of data that can go in and out of the brain, the fidelity of sight and sound and the accuracy of movement will increase.

What’s more, in animals, researchers are going beyond simple sensation or motion.  They’re starting to tap into higher functions.  For example:

Memory – In 2011, researchers working on ways to repair damage to the hippocampus – part of the human brain that’s critical for forming new memories – demonstrated that their artificial ‘hippocampus chip’ could actually improve memory in rats.

Intelligence – In 2012, a team at Wake Forest University went further. They trained rhesus monkeys on a task that was, in a crude sense, a monkey IQ test. As the monkeys learned, a brain implant in their frontal cortex – the part of the brain involved in decision making and attention – watched how the monkey’s brains worked and learned those patterns. Then the researchers impaired the monkeys’ performance on those tests by giving them doses of cocaine. What the researchers found was that, as they hoped, turning the implant on could undo the temporary damage done by the cocaine. But more than that, it could improve the monkeys’ performance on the test, beyond their baseline scores.

If we can manipulate memory and intelligence, we may also be able to communicate memories or thoughts from person to person. Scientists are already discussing the impact of wiring two hippocampus chips together.

These changes could fundamentally empower individuals. They could make us smarter and more productive. But more importantly, by enhancing our ability to communicate, they could supercharge the process of innovation that today relies on the connections between minds.  Just as the printing press, by improving the spread of ideas, helped bring on the Renaissance, mind to mind connections could herald a new era of progress.

At the same time, these technologies raise new and sinister issues.  If our brains are wired together by electronics, will we be vulnerable to bugs? Software crashes? Computer viruses and malware?  Perhaps more importantly, who will be in control?  Will governments use this technology to spy on and oppress their people, as in 1984?  Will they turn us into a version of Star Trek’s Borg?

Or will enhanced neurotechnology, like other information technologies, primarily serve as a new tool for liberty?

My bet is on the latter.  Throughout history the ability to communicate has supercharged our rate of innovation, has boosted our collective intelligence, and has worked to expand our individual freedoms and capabilities.

Whatever the answers, we are entering the neurotech era.  There is no turning back. 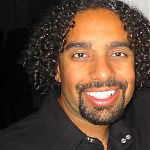 Ramez Naam is an adjunct faculty member at Singularity University and fellow at the Institute for Ethics and Emerging Technologies. In his new novel Nexus, Ramez explores the impacts of neurotechnology on individuals, governments, and civil liberties.