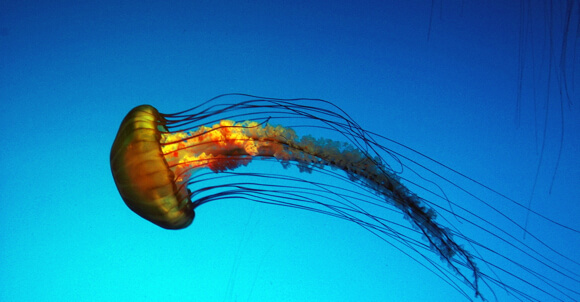 Tied tight with advancing technology are concerns human development is irrevocably damaging the planet. Back in 2001, one theory warned warmer oceans and overfishing would spawn jellyfish at an alarming rate. Throughout the next decade, tales of jelly terror hit headlines. 450 pound jellyfish capsized boats in Japan while jellyfish invaded and wiped out an entire Irish salmon fishery.

It’s a dystopic vision of future oceans inundated with invertbrate slime. And we’re to blame. Or so the story goes.

A recent report, penned by 16 member scientists of the Global Jellyfish Group, says fears of jelly-geddon may be premature. Although humans are likely affecting ecosystems to some extent—broad ocean studies have a significant data problem. 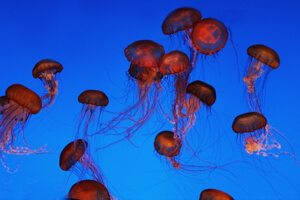 So what does JEDI tell us?

According to Robert Condon of Dauphin Island Sea Lab and the Global Jellyfish Group, “There’s a perception that jellyfish numbers are exploding in the world’s oceans, but there’s no real evidence for a global increase in jellyfish over the past two centuries.”

Condon is careful to note, however, that while the case for exploding jellyfish populations is overstated, that does not mean jellyfish blooms are not on the increase; just that there is no strong long-term evidence they are doing so at an unnatural rate.

The paper says fossil and written records indicate occasional “spectacular blooms” of jellyfish are par for the course and may be due to natural climate cycles.

To answer the question more completely, the Global Jellyfish Group is urging further study. Alongside JEDI, the group hopes to crowdsource jellyfish research. Their site, JellyWatch, tabulates citizen scientist observations of jellyfish in their local seas. Condon says, “Sustained monitoring is required over the next decade to find out if what we’re seeing is an actual shift, or if it’s part of a larger oscillation.”