Space Tourist Dennis Tito Announces Quest for Mars by 2018 – Can He Do It? 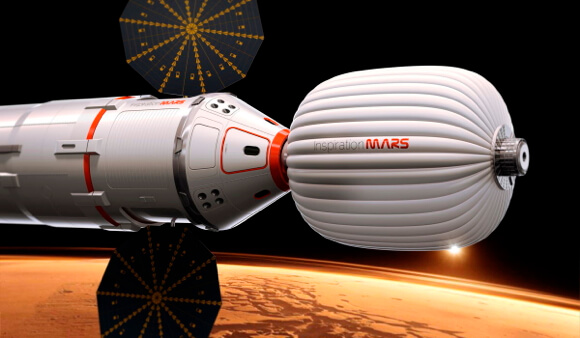 Seems like every other week there’s a new plan to push humans a little farther into space. Last week, space tourist Dennis Tito announced the formation of his foundation, Inspiration Mars, and pledged to partially fund a 2018 manned flight (a married couple to be precise) to circle the Red Planet and return to Earth. It’s thought the project will cost upwards of $1 billion, and Inspiration Mars will seek philanthropic and potentially government funding in addition to Tito’s contribution.

2018 is clearly an aggressive target, but it isn’t arbitrary. Inspiration Mars wants to exploit a special alignment between Mars and Earth to shorten the free-return (or passive trajectory) trip to just 501 days. Such an alignment occurs twice every 15 years and won’t recur until 2031. 2018 is also auspicious because it’s the year of the solar minimum—a moment in the 11-year solar cycle when solar storms and the associated bursts of radiation and charged particles are at low ebb.

Tito’s plans may sound pie in the sky—or as space industry analyst Jeff Foust told Forbes, “on the ragged edge of feasibility”—but are they?

Real risks include radiation exposure, stray particle impacts, and the psychological rigors of spending over 16 months in a space RV. But these challenges can be addressed with already existing technology. And the riskiest part of a Mars expedition to the planet’s surface, the landing, won’t be required. Tito and Inspiration Mars will instead celebrate the 50th anniversary of Apollo 8’s 1968 trip round the moon—also the first mission of its kind—by slingshotting their astronauts around Mars for the return journey. 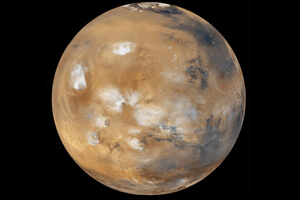 Longtime Mars advocate and president of the Mars Society, Bob Zubrin, believes the greatest challenge won’t be technical but financial. Zubrin has long said we’ve got the technology to get to Mars, but raising $1 billion is something else entirely. Zubrin gives the project a one in three chance of success.

Even so, there seems to be a surfeit of billionaires hot on space these days—maybe there are even more potential space philanthropists with hundreds of millions or tens of millions willing to make a contribution too. Both candidates in the 2012 US presidential election raised about a $1 billion. Perhaps with a slick marketing campaign it isn’t so far fetched that Tito can raise hundreds of millions to back his dream.

Speaking of space-loving billionaires, Tito’s not alone in his quest for Mars. SpaceX’s Elon Musk not only wants to land an entire reusable rocket on Mars, he wants to start a self-sustaining colony—and retire there. Other ambitious proposals include the not-for-profit organization, Mars One, who plans to fund a Mars colony by making the whole process a reality television show—from crew selection to eventual settlement.

Mars One aims to select colonists in 2013-2014, launch supplies in 2016, and land and robotically prepare habitat and supply units in 2021. If all goes to plan, the first humans will set foot on the Red Planet in 2023. No kidding.

NASA is notably missing from these audacious plans. Zubrin says they’ve never really been serious about sending humans to Mars. And Tito notes, “We have not sent humans beyond the moon in more than 40 years. I’ve been waiting, and a lot of people my age, have been waiting. And I think it’s time to put an end to that lapse.”

Of the private ventures, SpaceX’s formidable experience, resources, and fleet of home-grown rockets give it the most realistic chance at a sustainable human presence on Mars. But if Tito’s scheme works, it could serve as proof of concept for interplanetary travel—a test of the radiation shielding and other necessities of deep space exploration. And if nothing else, such a mission would provide us all with a healthy dose of inspiration, exactly as his organization’s name implies.