In 2013, a day in the life of a Los Angeles family of four is an amazing testament to technological progress and the idealistic society that can be achieved…or at least that’s what the Los Angeles Times Magazine was hoping for 25 years ago. Back in April 1988, the magazine ran a special cover story called “L.A. 2013” and presented what a typical day would be like for a family living in the city.

The author of the story, Nicole Yorkin, spoke with over 30 experts and futurists to forecast daily life in 2013 and then wove these into a story akin to those “World of Tomorrow” MGM cartoons from the mid-20th century. But unlike the cartoons which often included far fetched technologies for humor, what’s most remarkable about the 1988 article is just how many of the predictions have actually come to pass, giving some leeway in how accurately the future can be imagined.

For anyone considering what will happen in the next 25 years, the article is worth a read as it serves as an amazing window into how well the future can be predicted in addition to what technology is able to achieve in a short period of time. 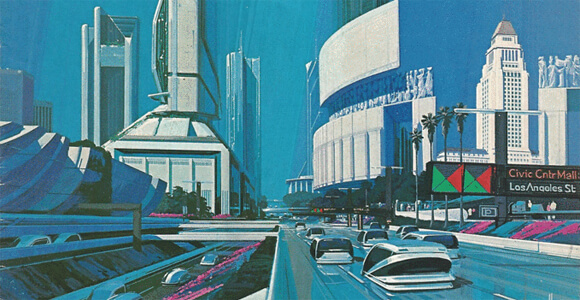 Just consider the section on ‘smart cars’ speculated to be “smaller, more efficient, more automated and more personalized” than cars 25 years ago. While experts envisioned that cars would have more Transformer-like abilities to change from a sports car to a beach buggy, the key development in automobile technology will be “a central computer in the car that will control a number of devices.” Furthermore, cars were expected to be equipped with “electronic navigation or map systems,” or GPS systems. Although modern cars don’t have a ‘sonar shield’ that would cause a car to slow down when it came closer to another, parking sensors are becoming common and rearview cameras may soon be required by law.

Though the article doesn’t explicitly predict the Internet and all its consequences per se, computers were implicit to some of the predictions, such as telecommuting, virtual shopping, smart cards for health monitoring, a personalized ‘home newspaper,’ and video chatting. Integrated computers were also expected in the form of smart appliances, wall-to-ceiling computer displays in classrooms, and 3D video conferencing. These technologies exist today thanks to the networked computer revolution that was amazingly only in its infancy in 1988.

But of all the technologies expected to be part of daily life in 2013, the biggest miss by the article comes with robots.

In fact, the mobile robot “Billy Rae” is depicted as an integral component to the household, much like Rosie The Robot was in The Jetsons. In the story, the family communicates with Billy Rae naturally as the mother reads a list of chores for cleaning the house and preparing meals. There’s even a pet canine robot named Max that helps the son learn to read and do math. The robots aren’t necessarily depicted as being super intelligent, but they were still expected to be vital, even being referred to as the “ultimate appliance.”

In recent years, great strides have been made with robots and artificial intelligence, but we are years away from having a maid-like robot that was hoped for in the article. We’re all familiar with cleaning robots like the Roomba and hospitals are starting to utilize healthcare robots. Personal assistants like Siri show that we’re getting closer to the day when people and computers can communicate verbally. But bringing all these technologies together is one of the most challenging problems to be solved, even with the high amounts of expectation and huge market potential that these bots will experience.

In light of this, it’s interesting to compare the predictions in this article to those in French illustrations drawn around 1900, which also include a fair share of robotic automation.

The piece is peppered with utopian speculation, but already on the radar were concerns about the shifting job market, increasing pollution, and the need for quality schooling, public transportation, and affordable housing, issues that have reached or are nearing crisis levels. It’s comforting to know that many of the problems that modern cities face were understood fairly well a quarter of a century ago, but it is sobering to recognize how technologies have been slow in some cases at handling these problems.

Perhaps the greatest lesson from reading the article is that few of the predictions are completely wrong, but the timescale was ambitious. Almost all of the technologies described will get here sooner or later. The real issue then is, what is preventing rapid innovation or broad-scale adoption of technologies?

Not surprisingly, the answers today are the same as they were 25 years ago: time and money. 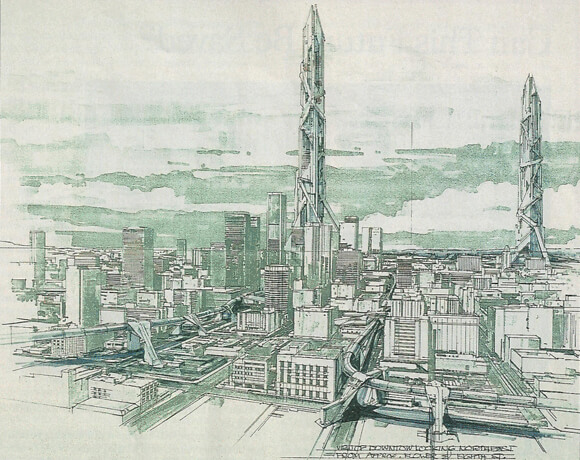