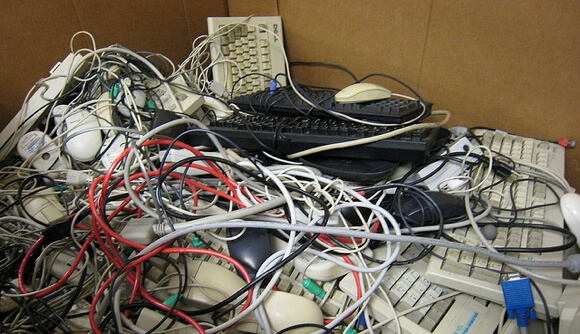 In the midst of a move and digging through the clutter, I’ve excavated a number of ancient pieces of tech from bygone eras. There’s a 2004 Apple PowerBook that’s thicker than the econ textbook it’s sitting on, a cracked first generation iPhone, and an early “flatscreen” TV (that’s far from flat in the back). The faster we move from one generation of technology to the next, the faster the current version becomes obsolete.

Does accelerating tech therefore doom us to flee an eventually uninhabitable WALL-E world? Maybe, but not all old gadgets are destined for the dump.

One man’s junk is another man’s treasure. Not everyone can afford to be a first adopter, but if you are one, you can sell old equipment to re-commerce sites like Gazelle or NextWorth or trade it in for a discount at Apple. In many areas, you’ll find local programs accepting donated machines and distributing them to low income students or other less privileged groups. 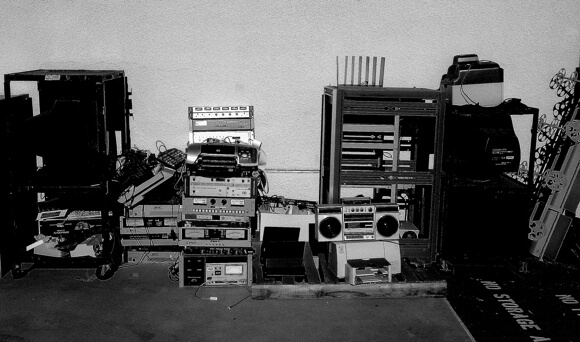 If old computers or smartphones aren’t usable anymore, folks still don’t have to throw them out—it’s actually better not to. Electronics contain toxic materials like lead and mercury which can leach into the soil and groundwater at the dump.

Recycling broken equipment is often the better option. Many of the big manufacturers and retail stores (eg., Apple, LG, Sony, Best Buy, Staples) offer recycling programs for computers, cell phones, and TVs. And while some components may be used to build new parts, there’s value in the raw materials too. 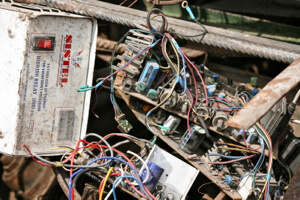 The US Environmental Protection Agency (EPA) estimates that recyclers recover 35,274 pounds of copper, 772 pounds of silver, 75 pounds of gold, and 33 pounds of palladium for every million cell phones processed. (To put that in perspective, market data provider IDC says firms shipped 482 million cell phones in the fourth quarter of 2012 alone—1.7 billion for the whole year.)

Researchers are also learning to extract rare earth elements—key ingredients in many high tech devices—from recycled electronics. Today, China, which has fewer restrictions on rare earth mining than in Western countries produces 95% of the world’s rare earths. To loosen the market stranglehold, countries like the US are reopening previously closed mines to ease supply—but it makes good sense to recycle rare earth materials in discarded electronics too.

All that said, recycling isn’t always all it’s cracked up to be. A recent New York Times article says that recycling cathode ray tubes (CRTs) from old TVs was a booming industry until manufacturers stopped using CRTs in flat panel televisions.

In the past, recyclers simply transformed old CRTs into new ones, but now non-existent demand for lead-infused CRT glass requires they remove the lead before they can sell the glass. That’s an expensive process and has led many small recycling plants to abandon warehouses full of the stuff.

One imagines such incremental changes in technology—and perhaps the negative knock-on effects—will inevitably speed up as the pace of technological development accelerates. The NYT says, “the amount of electronic waste has more than doubled in the last five years.”

While e-waste may continue to grow, the competing trend is dematerialization. Whereas before we might have been throwing out flashlights, cameras, phones, or home recording equipment—it’s an ever lengthening list—now we’re throwing out just one smartphone.

Maybe in the future we’ll have a single foldable, rollable device that serves as computer, smartphone, tablet, and television all in one. Some believe the most toxic component of such devices—the battery—may be made from carbon-based graphene, a material as biodegradable as the stuff in your compost bin.

The vision of a toxic, uninhabitable junk pile of a planet isn’t inevitable. Perhaps the nightmare scenarios that inspire fiery op-eds and touching films don’t typically occur precisely because they do frighten us and that fear inspires a solution—even when most think there is none.