The Moon Is A Natural Platform For Asteroid Mining, Detection, And Deflection

There has been much talk in the media about what to do since last week’s astronomically unlikely double asteroid attack. Noble efforts to detect asteroid threats such as those of the B612 Foundation have received much deserved attention. Ironically, a United Nations committee was in conference over this very question while the dramas unfolded.

Many people are asking, “What is the government doing about this?” Well, the answer, sadly, is not much. NASA and other space agencies have had a few on-again off-again attempts to search and catalog asteroid threats, but there is no active government program to identify threats, and absolutely no programs to try to protect us from them. Contrary to Hollywood imaginations, the hard truth is, if we detected a large asteroid on a collision course for Earth, we couldn’t do a thing about it.

But there is hope. In the near future we could have technology to not only watch out for asteroid threats, but to deflect these planet killers and harvest their vast resources. We can turn swords into ploughshares on a cosmic scale. In fact, Earth has a natural ally in this effort – the Moon.

If you wonder how often asteroids have hit us, take a look at the Moon. The Moon is saturated with craters, caused by billions of years of asteroid bombardment. The Earth has many impact craters too – but they have become disguised over time by dynamic weathering and geological activity. Most of Earth’s surviving impact features are so large that you have to go out into space to see them.

By comparison, the Earth grazing Asteroid 2012 DA14 and the Russian meteor that caught the world by surprise on Feb 15, 2013 are relatively tiny objects, hardly even rating a mention in the solar system scale of asteroid impactors. Even so, the Russian meteor exploded with over 20 times the energy of the Hiroshima atomic bomb, and is the largest recorded impact event since the much larger “Tunguska event” of 1908, when an object about the size of Asteroid 2012 DA14 exploded over remote Siberia, leveling a forested area of over 2,000 square kilometers.

One day it will be worse, much worse. The good news is, we can do something about it. And with our recent wake-up call fresh in our minds, the sooner the better.

How does the Moon fit in? The Moon acts like an asteroid magnet and has been aggregating asteroids for billions of years. Early in its history, the Moon swept up planetary debris and helped clear Earth’s neighborhood for safe living. As a result, the Moon has trillions of tons of asteroid material shattered and pulverized all over its surface. But unlike the Earth, the Moon has no atmosphere, so when asteroids hit you don’t have an “air burst” detonation like we witnessed over Russia last week. The asteroids hit the surface hard, over and over, and since the Moon has been a solid body for most of its history, their materials stay on or close to the surface. 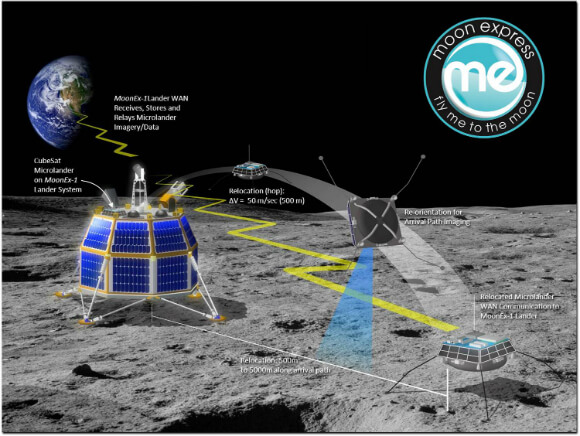 It turns out that our sister world the Moon is the best place to study and harvest asteroids. It’s dormant, unchanging surface is a museum of solar system history and represents a planetary Rosetta Stone of the asteroid bombardment record. And the Moon is close by and always in the sky, unlike the asteroids that flyby the Earth at incredible velocities or inhabit orbits tens of millions of miles away that take years to reach.

But more than just a scientific curiosity, the asteroid resources deposited on the Moon over the past 4 billion years represent an opportunity to harvest those resources in the construction of lunar bases for the benefit and protection of Earth. In fact, China and Russia have both declared objectives to set up lunar bases over the next ten to twenty years. The US is not so clear about its intentions right now, but China landing on the Moon later this year and a resurgence of international interest in the Moon could change that.

The Moon has many interesting natural virtues for scientific and commercial opportunity. It is a remarkably stable platform for astronomical observatories. And because of its very low gravity and vast resources, it will also be Earth’s space port and a fueling depot for missions to Mars and beyond.

The Moon will also play a vital role in the future of Earth’s planetary protection, one day supporting robotic sentinels that will watching the skies, able to rapidly respond to asteroid threats.

This is far from science fiction. Thanks to Elon Musk blazing a trail for commercial space with SpaceX, private spaceships have already docked with the International Space Station. My company, Moon Express, is focused on the next stage of commercial space beyond low Earth orbit, and is already developing early precursor robotic missions in partnership with NASA to explore the Moon and learn how to develop its resources for the benefit of life on Earth. Our first task is to explore the Moon’s resource hotspots and establish infrastructure on the Moon, starting with robotic explorers who will lead the way for the first permanent human outposts and colonies.

This is the dawn of a new era of commercial space, driven by entrepreneurial ventures partnered with the deep experience and know-how of NASA. How timely nature’s wake-up call, thankfully with no fatalities, that brings to us a new awareness of our fragility as a species and our obligations to our children to do something about it.

The asteroids that threaten us can also enrich us and enable us. It will be our smart choices for investments in space technology and strategic collaborations between the public and private sectors that will leverage the value of the Moon and its asteroid-rich resources to safeguard our planetary home for future generations. 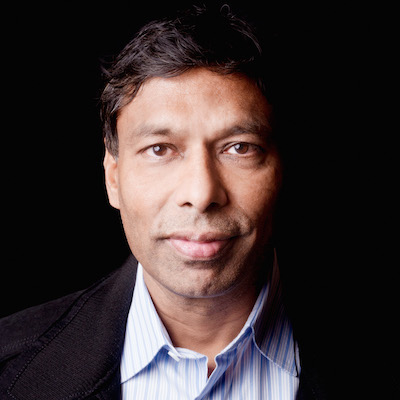 Naveen Jainhttp://www.moonexpress.com/
Naveen Jain is an entrepreneur and philanthropist driven to solve the world’s biggest challenges through innovation. He is the founder of several successful companies including Moon Express, BlueDot, Viome, Intelius, Talent Wise and InfoSpace. Moon Express is the only company to have permission from the US government to leave earth orbit and land on the moon. It's developing technologies to harvest planetary resources on the moon for the benefit of humanity. Viome is focused on disrupting healthcare by “making illness optional”. We do this by recommending personalized diet & nutrition and by identifying predictive biomarkers of diseases based on deep analysis of microbiome, metabolome and meta genomics. Naveen Jain a trustee of the board at the X PRIZE Foundation where he is focused on finding entrepreneurial solutions to address the global challenges in health, education, women empowerment, agriculture, and energy. He recently launched a million-dollar Women Safety XPRIZE to empower the women around the world. Naveen Jain is on the board of Singularity University, an interdisciplinary university with the mission to educate and inspire leaders to address humanity’s grand challenges through innovative technologies. Naveen Jain has been awarded many honors for his entrepreneurial successes and leadership skills including “Ernst & Young Entrepreneur of the Year”, “Albert Einstein Technology Medal” for pioneers in technology, “Humanitarian Innovation Award” at the United Nations, “Distinguished Global Thinker Award” by IILM, “Most inspiring Entrepreneur” by Andaaz TV, “Most admired Serial Entrepreneur” by Silicon India, “Top 20 Entrepreneurs” and “Lifetime Achievement Award” for the leadership in the technology industry and support of other entrepreneurs by Red Herring.
RELATED