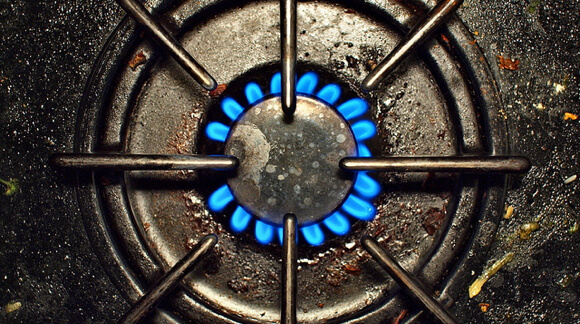 Proponents of natural gas, or methane in its purest form, say it is cleaner than coal and oil, lacks the PR problems and toxic waste byproducts of nuclear, and more efficiently produces electricity than sustainable sources. It is abundant and, in recent years, cheap. Is natural gas the future of energy production, a risky stop-gap measure to energy independence and cleaner energy, or simply overhyped?

Whatever your opinion on the matter, natural gas is asserting itself into the energy mix. David Crane, CEO of NRG Energy, told the WSJ’s ECO:nomics conference, “Natural gas is in the process of wiping out the coal industry, and it’s wiping out the nuclear industry quicker than we thought.”

Last year natural gas prices significantly undercut coal prices. The spread between coal and natural gas has narrowed in the beginning of 2013 as gas prices jumped. But the longer trend shows rising natural gas use in electricity generation.

30% of US electricity is now generated from natural gas compared to 16% in 2000, while coal-based electricity is down to 38% from 52% in 2000. Some of coal’s decline may be due to a 3% rise in renewables, but the nearly doubling of natural gas use is clearly a central driver. 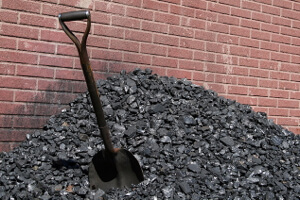 In the future, natural gas may even skip costly power plants and the electrical grid. Crane thinks natural gas providers will realize they already have a direct pipeline into people’s homes for home furnaces and gas stoves. Someone just needs to invent a “gizmo” to convert that gas to electricity.

Natural gas also has potential applications in transportation. Some commercial trucking firms are already switching to natural gas powered trucks. And although it would take an enormous effort to re-engineer passenger cars and the attendent infrastructure, there are those who believe it can and will be done.

But cheap gas may not last. Tim Rosenzweig CEO of Goldwind Americas asks, “If everybody is generating their own power, and you’re running it into the transportation system, when you increase that much demand, what’s going to happen to prices?” Supply is relatively fixed in the short run, so higher demand could lead to higher prices.

The benefits of natural gas are widely hailed—even featuring prominently in President Obama’s last two State of the Union addresses. But not everyone is on the natural gas bandwagon. Michael Brune, executive director of the Sierra Club told the ECO:nomics conference that extracting shale gas is more carbon-intensive than once thought. And whereas burning natural gas may be cleaner, taking the entire process into account, “In some cases, there could be no gap, or gas could actually be worse than coal.”

Detractors further note that because natural gas, or methane, is a greenhouse gas, escaping gas during extraction and transportation may contribute to climate change. Others worry the dangers of fracking aren’t worth the benefits. Fracking solution—water, sand, and chemicals—may contaminate groundwater and fracturing rock under pressure may cause mini-earthquakes.

Emotions run high on both sides of the argument, but researchers are still in the process of studying fracking’s consequences in full. The Environmental Protection Agency (EPA), for example, is in the middle of a several year study on the potential impact of fracking on drinking water with a final draft due in 2014. It’s likely the next few years will yield some regulatory ground rules—but hopefully nothing that chokes off innovation and transformation in the way we make energy.