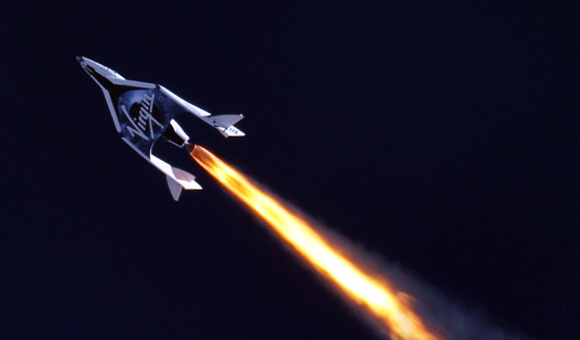 In October 2004, Burt Rutan’s Scaled Composites claimed the $10 million Ansari X Prize when their spacecraft SpaceShipOne achieved suborbital flight—the first private organization to do so. Now, the commercial version of SpaceShipOne, Virgin Galactic’s SpaceShipTwo, achieved supersonic speeds after its pilots successfully fired their rockets for the first time at 47,000 feet. Next step? Duplicate SpaceShipOne’s suborbital flights by the end of 2013.

SpaceShipTwo relies on its “mothership,” dubbed WhiteKnightTwo, to carry it to altitude, removing the need for the heavy rockets required for Earth-based launches (think SpaceX). SpaceShipTwo then detaches from WhiteKnightTwo and fires its rockets, propelling the spacecraft forward and up. Pilot Mark Stucky and co-pilot Mark Alsbury were behind the stick for the 16-second burn from 47,000 feet to 55,000 feet and the subsequent 10-minute glide into a safe landing in the Mojave desert.

Virgin Galactic founder, Sir Richard Branson, said of the flight, “Today’s supersonic success opens the way for a rapid expansion of the spaceship’s powered flight envelope, with a very realistic goal of full space flight by the year’s end.” 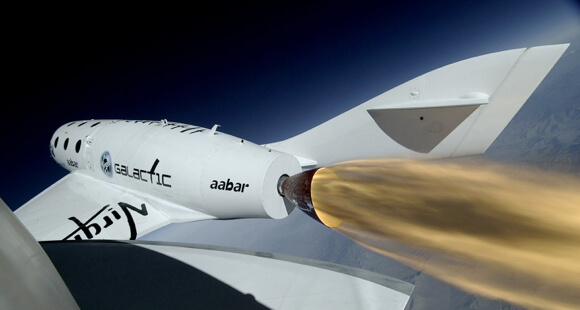 What exactly constitutes suborbital flight? Specifically, suborbital means the spacecraft does not make a full orbit of the Earth. Virgin Galactic’s flights will reach a maximum of 68 miles above the Earth’s surface (360,000 feet). Space Shuttle flights were on average 200 miles up and rarely 400 miles high.

Exactly where Earth ends and space begins is hard to pin down, but it hardly matters. For your $200,000, you’ll get knocked into your seat by rocket-propelled acceleration to three times the speed of sound in a few seconds; you’ll watch Earth’s limb curve away below you; you’ll marvel at that thin line of blue on black; you’ll unstrap from your seat and float in microgravity. Yes, it sounds amazing. No, I don’t have the cash.

But hey, maybe the price will come down as folks sign up and this thing becomes more routine. Also, there are other firms hoping to give Virgin Galactic a run for their money.

Rival firm, XCOR Aerospace, is hoping to test their Lynx Mark I in 2013. Unlike SpaceShipTwo, Lynx takes off horizontally under its own power. Eventually, the firm wants to make up to four suborbital flights a day. Going beyond suborbital trips, SpaceX’s Dragon capsule, currently flying resupply missions to the International Space Station, may undertake its first manned mission as early as 2015.