Lending Club, the peer-to-peer loan firm, recently announced Google and Foundation Capital bought $125 million of the firm’s shares on secondary markets (that is, from previous investors—not newly issued stock) for three times the stock’s valuation a little less than a year ago. Lending Club says their system has funded $1.7 billion in loans since inception and, according to TechCrunch, the firm hopes to go public by 2014.

It’s the latest in the rising fortunes of a method of lending and borrowing many believe will upend the traditional bank-centric model—made possible by now-pervasive information technologies like PCs and the Internet.

Examples of other peer-to-peer businesses include Airbnb (lodging), Kickstarter (project funding), and TaskRabbit (to-do lists). The peer-to-peer lending model arrived five years ago, and, after some early turbulence, seems to be hitting its stride now. Lending Club boasts board members John Mack, previously chairman and CEO of Morgan Stanley, and Larry Summers, an economic advisor in President Obama’s cabinet until late 2010. 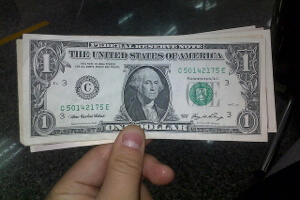 David Lawee, VP of corporate development at Google told TechCrunch, “Lending Club is using the Internet to reshape the financial system and profoundly transform the way people think of credit and investment.”

How does it work? Borrowers apply for a loan through Lending Club. They may want to renovate their house, take a dream vacation, or most often, pay off higher interest credit card debt. Lending Club sifts these applicants for credit-worthiness, accepting only 10% of all applications.

Individual lenders can now pick and choose which loans they fund. The idea is to build a diverse portfolio by taking bits and pieces of lots of different loans, thereby setting up a regular stream of income from interest payments and minimizing the risk any significant portion won’t be paid off.

So what to make of peer-to-peer lending? Good question.

First, Lending Club has elements of peer-to-peer (lenders can choose their loans) but it isn’t purely peer-to-peer because there’s a central organization involved. Airbnb, Kickstarter, TaskRabbit, and other similar firms aren’t truly peer-to-peer either. Robin Chase, the founder of Zipcar prefers the term ‘Peer Incorporated’ when companies still facilitate the transaction. (Bitcoin on the other hand is closer to the ideal.)

Second, Lending club isn’t like a traditional bank—but then again neither are most “traditional” banks these days. True, Lending Club doesn’t carry loans on its books, but neither did many banks when they (poorly) vetted home loans, packaged them into investment products, and sold them along to investors in the 2000s.

This is a similar (not identical) concept. With Lending Club, investors package their own portfolios from slices of individual loans, and the loan pool evidently involves better qualified borrowers and shorter term, higher interest debt. Investors are still, however, relying on a third party to do the due diligence.

Speaking of due diligence, how exactly does Lending Club vet the loans? On their site, the firm describes its loan vetting process as a “proprietary model.”

That said, we can judge it somewhat by the resulting pool of borrowers Lending Club advertises on its site. The firms says borrowers have on average a credit score of 706, income over $70,794, and 14.6 years of credit history (as of 4/8/13). It seems a pool of fairly well-qualified borrowers—though notably (and likely because most are paying off credit card debt), borrowers’ debt-to-income ratio, excluding mortgages, is 15.8%, which works out to be $11,185 of $70,000. 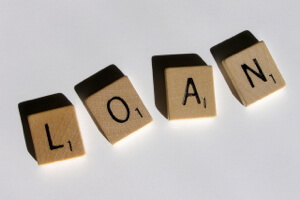 Beyond credit risk, liquidity concerns also increase risk, depending on when an investor might need their money back (time horizon in investment jargon). There is a secondary market for Lending Club loans, but it’s thinly traded. This limits how quickly and easily investors can pull out their investments.

Finally, there’s safety in diversification! Loan defaults happen here too, even though the borrowers tend to have good credit ratings. These are unsecured loans (no collateral) and when a borrower does default, the loan is difficult to recover.

I like the idea of peer-to-peer lending. It appeals to the decentralist in me, and I can imagine something like it someday increasing the efficiency with which idle funds are put to work. At the same time, I worry that products with such a short track record (five years) are marketed as low-risk, high-reward—average 8% annual return net of defaults and fees and 100% positive returns for investors.

That’s a great sounding investment. Low volatility, no downside, and a return 5% over inflation’s long-term average. Thing is, such investments generally don’t last in the long run. (Safe as houses, right?)

New financial products require caution and testing, but financial innovation can be as or more powerful than innovation in almost any other sector. In theory, peer-to-peer lending could more efficiently cycle funds made from one good idea or bit of hard work into other good ideas and hard work (inspiration and motivation don’t always strike the same person twice or at the same time!) thereby accelerating the pace of progress.