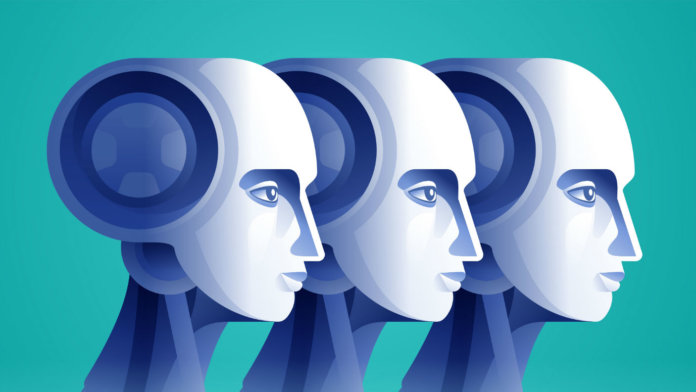 The field of artificial intelligence goes back a long way, but many consider it was officially born when a group of scientists at Dartmouth College got together for a summer, back in 1956. Computers had, over the last few decades, come on in incredible leaps and bounds; they could now perform calculations far faster than humans. Optimism, given the incredible progress that had been made, was rational. Genius computer scientist Alan Turing had already mooted the idea of thinking machines just a few years before. The scientists had a fairly simple idea: intelligence is, after all, just a mathematical process. The human brain was a type of machine. Pick apart that process, and you can make a machine simulate it.

The problem didn’t seem too hard: the Dartmouth scientists wrote, “We think that a significant advance can be made in one or more of these problems if a carefully selected group of scientists work on it together for a summer.” This research proposal, by the way, contains one of the earliest uses of the term artificial intelligence. They had a number of ideas—maybe simulating the human brain’s pattern of neurons could work and teaching machines the abstract rules of human language would be important.

The scientists were optimistic, and their efforts were rewarded. Before too long, they had computer programs that seemed to understand human language and could solve algebra problems. People were confidently predicting there would be a human-level intelligent machine built within, oh, let’s say, the next twenty years.

It’s fitting that the industry of predicting when we’d have human-level intelligent AI was born at around the same time as the AI industry itself. In fact, it goes all the way back to Turing’s first paper on “thinking machines,” where he predicted that the Turing Test—machines that could convince humans they were human—would be passed in 50 years, by 2000. Nowadays, of course, people are still predicting it will happen within the next 20 years, perhaps most famously Ray Kurzweil. There are so many different surveys of experts and analyses that you almost wonder if AI researchers aren’t tempted to come up with an auto reply: “I’ve already predicted what your question will be, and no, I can’t really predict that.”

The issue with trying to predict the exact date of human-level AI is that we don’t know how far is left to go. This is unlike Moore’s Law. Moore’s Law, the doubling of processing power roughly every couple of years, makes a very concrete prediction about a very specific phenomenon. We understand roughly how to get there—improved engineering of silicon wafers—and we know we’re not at the fundamental limits of our current approach (at least, not until you’re trying to work on chips at the atomic scale). You cannot say the same about artificial intelligence.

Stuart Armstrong’s survey looked for trends in these predictions. Specifically, there were two major cognitive biases he was looking for. The first was the idea that AI experts predict true AI will arrive (and make them immortal) conveniently just before they’d be due to die. This is the “Rapture of the Nerds” criticism people have leveled at Kurzweil—his predictions are motivated by fear of death, desire for immortality, and are fundamentally irrational. The ability to create a superintelligence is taken as an article of faith. There are also criticisms by people working in the AI field who know first-hand the frustrations and limitations of today’s AI.

The second was the idea that people always pick a time span of 15 to 20 years. That’s enough to convince people they’re working on something that could prove revolutionary very soon (people are less impressed by efforts that will lead to tangible results centuries down the line), but not enough for you to be embarrassingly proved wrong. Of the two, Armstrong found more evidence for the second one—people were perfectly happy to predict AI after they died, although most didn’t, but there was a clear bias towards “15–20 years from now” in predictions throughout history.

Armstrong points out that, if you want to assess the validity of a specific prediction, there are plenty of parameters you can look at. For example, the idea that human-level intelligence will be developed by simulating the human brain does at least give you a clear pathway that allows you to assess progress. Every time we get a more detailed map of the brain, or successfully simulate another part of it, we can tell that we are progressing towards this eventual goal, which will presumably end in human-level AI. We may not be 20 years away on that path, but at least you can scientifically evaluate the progress.

Compare this to those that say AI, or else consciousness, will “emerge” if a network is sufficiently complex, given enough processing power. This might be how we imagine human intelligence and consciousness emerged during evolution—although evolution had billions of years, not just decades. The issue with this is that we have no empirical evidence: we have never seen consciousness manifest itself out of a complex network. Not only do we not know if this is possible, we cannot know how far away we are from reaching this, as we can’t even measure progress along the way.

There is an immense difficulty in understanding which tasks are hard, which has continued from the birth of AI to the present day. Just look at that original research proposal, where understanding human language, randomness and creativity, and self-improvement are all mentioned in the same breath. We have great natural language processing, but do our computers understand what they’re processing? We have AI that can randomly vary to be “creative,” but is it creative? Exponential self-improvement of the kind the singularity often relies on seems far away.

Not Human, But Smarter Than Humans

But perhaps we’ve been looking at the wrong problem. For example, the Turing test has not yet been passed in the sense that AI cannot convince people it’s human in conversation; but of course the calculating ability, and perhaps soon the ability to perform other tasks like pattern recognition and driving cars, far exceed human levels. As “weak” AI algorithms make more decisions, and Internet of Things evangelists and tech optimists seek to find more ways to feed more data into more algorithms, the impact on society from this “artificial intelligence” can only grow.

It may be that we don’t yet have the mechanism for human-level intelligence, but it’s also true that we don’t know how far we can go with the current generation of algorithms. Those scary surveys that state automation will disrupt society and change it in fundamental ways don’t rely on nearly as many assumptions about some nebulous superintelligence.

Then there are those that point out we should be worried about AI for other reasons. Just because we can’t say for sure if human-level AI will arrive this century, or never, it doesn’t mean we shouldn’t prepare for the possibility that the optimistic predictors could be correct. We need to ensure that human values are programmed into these algorithms, so that they understand the value of human life and can act in “moral, responsible” ways.

Phil Torres, at the Project for Future Human Flourishing, expressed it well in an interview with me. He points out that if we suddenly decided, as a society, that we had to solve the problem of morality—determine what was right and wrong and feed it into a machine—in the next twenty years…would we even be able to do it?

So, we should take predictions with a grain of salt. Remember, it turned out the problems the AI pioneers foresaw were far more complicated than they anticipated. The same could be true today. At the same time, we cannot be unprepared. We should understand the risks and take our precautions. When those scientists met in Dartmouth in 1956, they had no idea of the vast, foggy terrain before them. Sixty years later, we still don’t know how much further there is to go, or how far we can go. But we’re going somewhere.