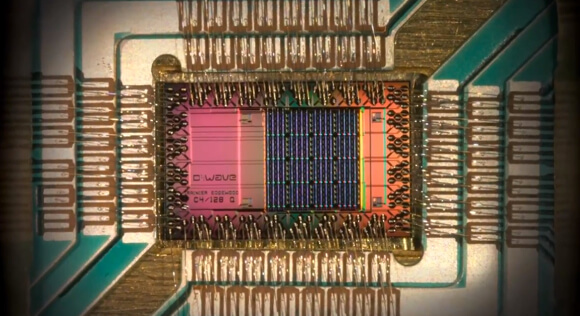 To some of us, wicked fast quantum computers seem like the stuff of theory and some far off future. Not so if you work at Google or NASA. In a sign the technology is creeping closer to practical use, Google, NASA, and the non-profit Universities Space Research Association (USRA) recently announced formation of the Quantum Artificial Intelligence Lab and seeded it with a brand new 512-qubit D-Wave Two quantum computer.

Quantum computers promise to be orders of magnitude faster than classical computers and far better at the “optimization problems” associated with machine learning—improving not only Google search but perhaps ushering in the kind of “creative problem solving” humans associate with intelligence.

Each D-Wave quantum computer is housed in a 10’ featureless black cabinet. Inside the box, an apparatus hangs from the ceiling like a high-tech stalactite. A niobium chip resides in the tip and is cooled to a tiny fraction of a degree above absolute zero, at which point it becomes a superconductor. But apart from being colder than deep space, the way the computer itself functions differs from the classical model.

Classical computers solve problems by systematically switching transistors “on” (1) and “off” (0). Quantum computers use qubits to represent both classical states (0 and 1) plus an in between state enabled by a weird quantum property physicists call “superposition.” In superposition, the qubit is both 0 and 1 at the same time, allowing the system to consider multiple problems simultaneously.

It’s this simultaneity that makes quantum computers such efficient solvers of optimization problems.

In a blog post, Google tells us to consider how a current computer might find the lowest point in a series of hills and valleys. A classical algorithm would start at a random point and see if it can walk lower, repeating the process until it can no longer descend. Unless it got lucky with its starting point, there’s a good chance the algorithm gets stuck in a local minimum, not the absolute minimum—it’s a solution, but not the optimal solution.

A quantum computer, meanwhile, would be able to consider multiple valleys simultaneously. It’s like “tunneling” through adjacent hills to see whether the valley next door is lower than the valley you’re in currently, thus raising the likelihood you find the lowest point.

Google is the second firm to purchase a D-Wave computer. The 14-year-old firm sold a 128-qubit D-Wave One to Lockheed Martin in 2011. Lockheed went on to establish the USC Lockheed Martin Quantum Computing Center later that year. The Lockheed machine has since been upgraded to the 512-qubit D-Wave Two, and according to the New York Times, the NASA Ames machine may be upgraded to a 2,048 qubit chip in the next year or two.

D-Wave’s machines have kicked up a little controversy over the years. The firm’s early claims tended to oustrip their machine’s proven capabilities, and some experts questioned whether the machines were true quantum computers.

However, in recent years, D-Wave has begun to win over the critics. Just last year, the firm called in a third party expert, Catherine McGeoch of Amherst University, to measure just how fast their machine was solving particular problems.

In some optimization problems, the D-Wave handily beat the test PC—finding solutions up to 3,600 times faster. But unless the problem is specially tailored to fit the quantum computer, it has to be translated. The D-Wave performed on par with the classical computer when working on problems in need of translation.

Whether the computer conforms to the favored definition of quantum computing may be largely academic. Google and its partners performed rigorous tests of the hardware before cutting D-Wave a check. 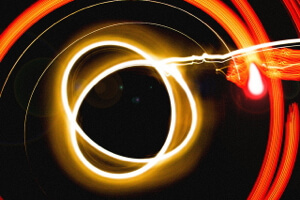 According to their blog, Google has already developed some quantum computing algorithms. Because the D-Wave is so good at specific problems, they think some classical/quantum combination may prove ideal. Perhaps future quantum chips will provide the kind of power boost specialized graphics processing units (GPUs) have recently provided supercomputers. Or maybe the “neocortex” of future AIs will be comprised of a quantum chip, whereas the rest will remain classically driven.

There’s yet much work to be done before these machines find practical applications, but Google thinks “quantum machine learning may provide the most creative problem-solving process under the known laws of physics.”