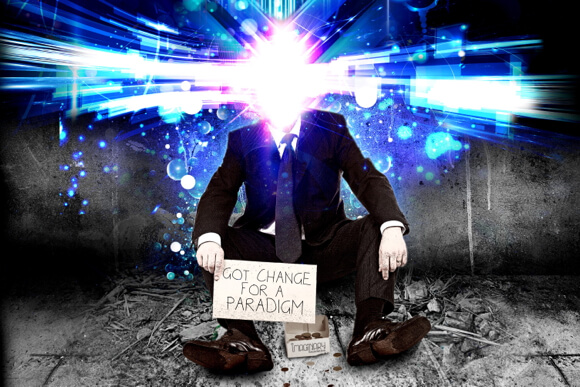 After shooting “Brain Games” for National Geographic, Jason Silva is building on his previous line of  “philosophical espresso shots” with a new web series entitled “Shots of Awe.” Silva says these videos are “condensed nuggets of techno-rapture, psychedelic viral videos meant to radically pull people out of their habituated modes of thinking. The goal is to infect people with inspiration and invigorate the imagination!”

“Shots of Awe” will feature a weekly video discussing technology, philosophy, creativity, the human condition, what it means to be alive—all those questions with a capital ‘Q’. And of course, you can expect Silva’s trademark rapid fire, fully caffeinated delivery.

In the below episode, see Silva dissect the fears, hopes, and criticisms of the technological singularity. Is it simply a retelling of the Christian story of god, heaven, and an afterlife hijacked by technophiles and retold in silicon instead of spirit?

Maybe so. But so what? “Those religious myths that we’ve been caught up in for centuries reflect our yearnings to transcend our own limits.”

My favorite thing about Silva is his ability to formulate, encapsulate, and prescribe—over the counter—the wonder this particular epoch in human history can and should engender. A close second, however, are the t-shirts he wears.

Check out his backlog here for cosmic creation on cotton crewnecks; see all the “Shots of Awe” episodes and subscribe to his YouTube channel here; watch his latest video on mortality below; and stay awe-some!