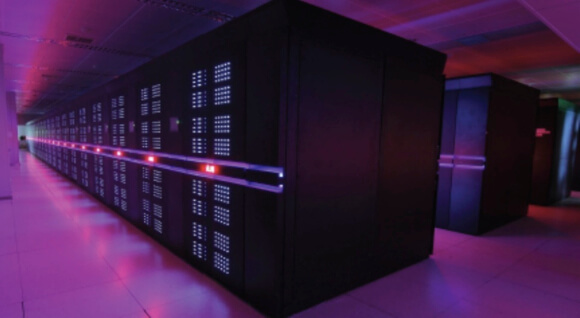 The name of China’s newest supercomputer, Tianhe-2, translates to MilkyWay-2. It’s a fitting moniker, maybe even a modest one. There are an estimated 300 billion stars in our galaxy. Tianhe-2 can run 100,000 times as many calculations per second as there are stars in the sky. Tianhe-2 is now the fastest computer on Earth, doubling the speed of its American rival, Titan—and it arrived two years ahead of schedule.

No single machine has held the top spot for more than one cycle since Japan’s K computer in 2011, and China hasn’t had the leading computer since Tianhe-2’s predecessor, Tianhe-1a. When completed, Tianhe-2’s theoretical peak performance will be 54.9 petaflop/s. That mark may stand for a little while. The US, at least, has no plans to build another supercomputer until 2015. 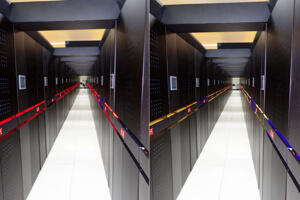 China is now a recognized supercomputing power. The country boasts 66 machines on the Top500, over twice Japan’s 30 and a total second only to the US. Top500 editor, Jack Dongarra, who toured the Tianhe-2 facility and wrote a paper on the supercomputer earlier this year, says it’s notable that, apart from its processors and coprocessors, Tianhe-2 is entirely of Chinese make.

“Most of the features of the system were developed in China, and they are only using Intel for the main compute part. That is, the interconnect, operating system, front-end processors and software are mainly Chinese.”

Even as China’s star is on the rise, the US remains undisputed hegemon. The US is home to 252 supercomputers, or 50% of the Top500 list, and American companies IBM, Cray, Nvidia, and Intel still provide the hardware and know-how behind most of the world’s fastest machines.

Tianhe-2 and Titan are at the bleeding edge of supercomputing, but total power is growing fast too. Whereas there was only one supercomputer processing petaflop/s in 2008, there now are 26 such systems, up from 23 last November. And the list’s combined computing power is 223 petaflop/s, up from 123 petaflop/s a year ago.

What will we do with all that speed?

The Human Brain Project, recently funded to the tune of a billion euros, plans to use exascale computing to build a complete digital model of the brain. The Square Kilometer Array radio telescope will use an exascale computer to link a 3,000 kilometer array, 50 times as sensitive and 10,000 times faster than any telescope in existence today.

All that says nothing of ordinary desktop, laptop, or (more likely) mobile computing. If today’s personal devices are speedier than a supercomputer from a couple decades ago, perhaps we’ll carry petaflop/s power in our pocket, glasses, or contact lenses twenty years from now.

Jason Silva says modern telescopes “extend the optic nerve of humanity.” But our brains are the more powerful organ, sitting behind the optic nerve and interpreting its input. Modern supercomputers are the brain’s James Webb. They extend, expand, accelerate, and augment our mental powers—the universe’s greatest trick yet.