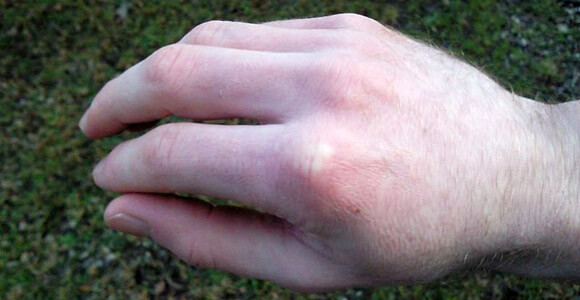 If “The Graduate” were made today, the advice given to Benjamin by the cocktail party guest Mr. McGuire wouldn’t be to go into plastics, but rather into sensors.

As the prices for various types of sensors have fallen in recent years, businesses have found all sorts of uses for them. And anyone who’s watched even one of Hollywood’s forays into science fiction knows that one main use for the sensors will be to confirm people’s identities using biometric traits.

Fingerprints, the original form of biometric identification, have quietly found more commercial uses in recent years, such as in tickets to Walt Disney theme parks. Retinal and iris scans, facial and voice recognition and even palm vein recognition systems are growing, too.

But here’s a plot twist: Developing countries like Brazil and India are leading the way to biometric forms of identity verification, in which sensors limit access to secure systems such as banking or governmental assistance programs, to users who possess anatomical traits, deemed unique to them and previously entered into a database.

The Brazilian bank Bradesco recently began using a palm vein biometric system called Palm of Your Hand to provide secure log-in on its ATM machines. Clients who choose to use traditional personal identification numbers can continue to do so, but those who go with the new system can forego PINs while simultaneously satisfying the national social security program’s requirement of “proof of life” in order to collect benefits.

In India, the national government is rolling out the largest biometric identification database to date, requiring all of its billion-plus citizens to register in hopes of reducing benefits fraud.

Both Brazil and India are developing rapidly, but still face intractable poverty that sometimes leaves citizens with no official form of identification. A person born at home in a small village, for example, might never receive a birth certificate. Between the absence of any legacy identification programs and relatively high illiteracy rates, biometrics have emerged as a viable solution, Arun Ross, a biometrics expert in the computer science department at Michigan State University, told Singularity Hub.

Palm vein sensors like those employed by Bradesco look for the shape of the veins and the location of a few critical points on them. 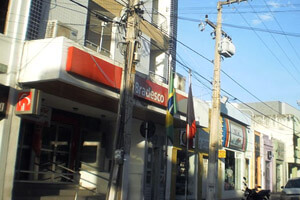 Any biometrics system, to be secure, must also check for proof of life to ensure that somebody isn’t wearing contact lenses to dupe an iris or retinal scan system. A palm vein scanner must ensure that the user isn’t holding a dummy hand or the chopped-off appendage once belonging to the account holder. An advanced system would use oximetry sensors to ensure that blood is flowing through the veins, but to some extent a requirement for functioning veins can be built into the vein recognition system itself.

Guarding against spoofed forms of anatomical identification keeps bank accounts secure, but what about the privacy of one’s biometric data itself?

“The surreptitious acquisition of biometric data is obviously a possibility,” said Ross.

For now, the cost and difficulty of stealing fingerprints or maps of palm veins in any usable format keep most fraudsters away. But as biometrics serve as a guardhouse for more money and other valuables, the systems will become more appealing targets. That means that research into anti-spoofing safeguards will be a critically important factor in the mainstream adoption of biometric systems, according to Ross.