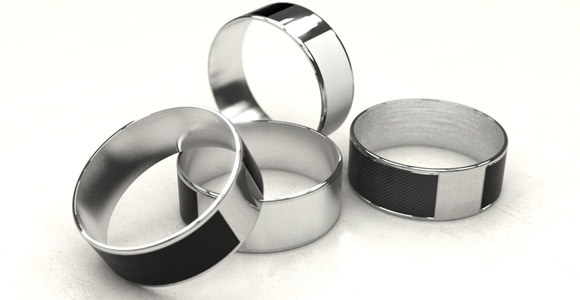 The need for more passwords that our feeble human brains struggle to remember can make it feel like we work for the machines instead of the other way around. Wearable, and even embeddable, login storage has emerged has a possible solution.

After Google researchers floated the idea of a USB stick or a ring that would generate login keys, it appeared the Web giant would lead the way. But a UK project recently closed a $380,000 Kickstarter campaign, promising delivery of 61,000 password-bearing rings in September. 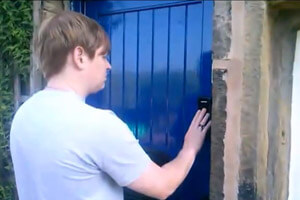 The company, NFC Ring, makes a simple silver ring with two near-field communication transmitters inside it, storing access information that can potentially be used to unlock phones, cars or houses or even to log in to websites.

One transmitter faces out and stores information that the user may want to share, such as his or her contact information. (The Android operating system allows users to share data via NFC.) The other faces inward and stores more private information, such as the home-unlocking passcode. The transmitter must come within a millimeter of an NFC reader to transmit its data.

Users won’t have to charge or update the rings because the transmitters are passive.

The ring’s wide range of possible uses drives much of the enthusiasm about it. Out of the box, the ring can be used to unlock doors and smartphones. NFC-driven door locks are already commercially available, and NFC Ring provides an app that allows the ring to unlock Android smartphones that support near-field communication.

Some car companies have expressed interest in developing NFC-powered door locks for their vehicles, as well. 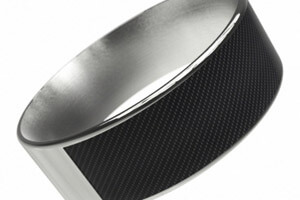 A public invitation to steal the ring’s data met with no success, but ring itself could be stolen. Users could also find themselves sharing their private, rather than public, data if the ring has flipped around.

Still, the company, which uses on open-source software, is hoping third-party developers will apply the ring to additional uses, including replacing website passwords. Browser extensions could connect websites to an NFC reader. Readers that plug in through the USB port are commercially available.

“Absolutely the ring could be used as a key to access a keystore for web passwords. It’s likely Mozilla will be the first to adopt this, as they are very keen on promoting their password store mechanism,” NFC Ring founder John McLear told Singularity Hub.

McClear hopes NFC Ring’s reliance on open-source software and his promised refusal to share data with the U.S. government will help him compete with Google as the company continues to look for security solutions beyond the password.