Robots Are So Hot, Even Robotic Cockroaches Sell Like Hotcakes 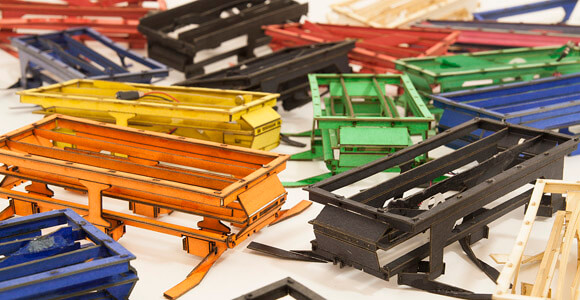 The hottest holiday gift this year for children of tech geeks will be Dash. That’s right, all across Silicon Valley this winter, rosy-cheeked little Jacks and Jills will be diving into their Christmas stockings or Hanukkah gifts to find robotic cockroaches.

If geek world isn’t your world, perhaps this requires some explanation.

Dash is a smartphone-sized cockroach-inspired robot that emerged from Berkeley’s Biomimetic Millisystems Lab, which focuses on emulating animal adaptations to make tiny robots that could one day work as swarms. Building the cockroach’s nimble quickness (read: scurrying) into the robot’s structure is cheaper than trying to replicate it with the software.

Swarms of robots don’t exactly scream consumer appeal, but with its affordable Dash prototypes the Berkeley lab tapped into a mother lode of geek consumer demand and spun off a company to capture it.

A beta version of the robot is available through a Kickstarter-like campaign for just $65, which is a low price for a piece — however small — of cutting-edge technology. (A quick-manufacture material also helps account for the low price.)

The device requires some assembly at home, but the company cleverly packages that as an opportunity for kids — and their parents — to get hands-on experience in robotics.

Users control the scurrying robot by running an iOS app with an active Bluetooth connection. With an onboard light sensor, Dash runs away from bright lights like any cockroach worth its salt. It steers itself using a gyroscope and avoids walls and obstacles thanks to infrared emitters and sensors. Drop it from a building and it will survive.

Kids will likely find it fun to help guide the robot. Geek parents will love it, because Dash’s Arduino-compatible microcontroller leaves its electronics open for hacking.

And that is the story of how a robotic cockroach got a bunch of grownups to act like kids in a candy store. There’s only one hitch: The little buggers won’t ship until April 2014.