Nearly Half of U.S. Jobs Could Be Done by Computers, Study Says 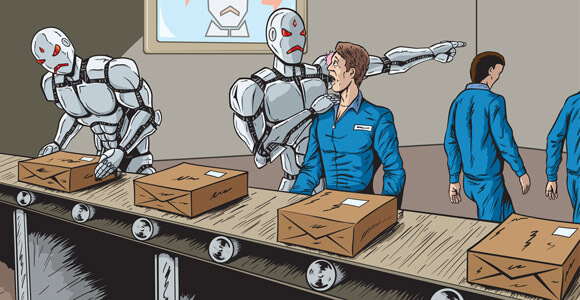 If computers become as smart as humans, will they do our jobs better than we can?

A recent study [pdf] out of Oxford University found that almost half of U.S. jobs are vulnerable to being taken over by computers as artificial intelligence continues to improve.

The study, based on 702 detailed job listings, found that computers could already replace many workers in transportation and logistics, production labor and administrative support.

But computers, armed with the ability to find patterns in big data sets, are also increasingly qualified to perform “non-routine cognitive tasks.” 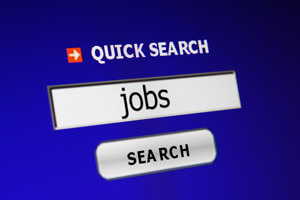 To be clear, the study doesn’t predict, based on economics, whether more jobs will be automated, but rather, whether they could.

And it suggests that, notwithstanding smarter algorithms, the jobs most vulnerable to being given to a computer in the near future will be the lowest paying.

The economic effects of automation nevertheless remain uncertain because of the number of variables in play: possible regulation, the relative costs of labor and computing power, and whether or not workers receive additional training to move into new jobs.

Technological progress has always caused turbulence in the labor market, Burtless said, regularly foreclosing particular areas of work. But workers eventually land in other occupations. How long “eventually” takes also depends on how healthy the overall economy is and whether labor markets were prepared for the changes.

Just as the invention of the automobile squelched all the jobs building horse-drawn buggies, driving buggies and crafting whips for buggy drivers, they also opened up highly paid jobs building cars, economists inevitably point out. (Of course many of those jobs have since been given to robots.)

Economists David Autor and David Dorn back Burtless’s argument. But, in a recent New York Times op-ed, they suggested that it needs refinement.

Computers are better at certain types of jobs, like those the Oxford study identifies as at immediate risk. Those jobs are largely entry-level office jobs. Displaced workers mostly have to move down into lower paying jobs because they can’t move up, Autor and Dorn argue. In this way, technological progress has contributed to the gap between the rich and the poor without reducing the total number of jobs in the United States.

Benedikt and Osborne say automation will return to eating the lowest-paying, rather than middle-income, jobs because computers continue to lack social intelligence. But that still doesn’t mean the workers they replace won’t find new jobs, Autor told Singularity Hub.

“It could certainly be that ‘this time is different’ — computers are ‘more human’ than cars, after all — but the burden of proof is on the ‘it’s a serious threat to employment’ camp to show why this era is exceptional, and to present any meaningful evidence that technological change has reduced net employment even in this decade,” Autor said.

It seems, then, the effects of artificial intelligence in the workplace will likely be complicated but not catastrophic.

Studies that point to which jobs are at risk can help make sense of the economic dust storms in the forecast, Burtless suggested.

The Oxford study is useful because it points toward “the occupational areas where technical progress in the form of computerization has the potential effect of reducing or boosting the demand for workers,” he said.