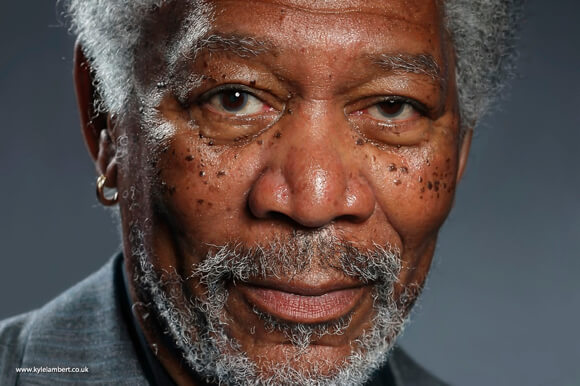 The piece took Lambert 285,000 brush strokes and over 200 hours using the Procreate app. If you ever doubt the power of exponential gains in information technology—Procreate is available in the app store for $6.99.

Maybe you’ve seen Lambert’s video. Its 10+ million YouTube views meets and exceeds the definition of viral. But if you haven’t, it’s worth a few minutes of your time:

My first thought was: fake. This thing is going to show up on Snopes in a few weeks. I spent a few minutes comparing the iPad version with the original photograph, Photo Hunt style. The two appear nearly identical, but not perfectly so. And eyes deceive.

The tech blog TUAW used Black Pixel’s Kaleidoscope app to digitally compare the two, pixel by pixel. Only a smattering of pixels matched up perfectly. It doesn’t appear the artist simply painted over the photograph then played the time-lapse in reverse.

James Cuda, co-founder of Procreate, says his firm checked the source file and verified the creation is the “real deal.” (Of course, it’s in his interest to say so.)

Also, this isn’t Lambert’s first dance. He’s painted a long line of stunning iPad art using a variety of apps. It’s painstaking work that requires layering, zooming, and switching brushes and colors. It would appear, however, that he’s mastered the process.