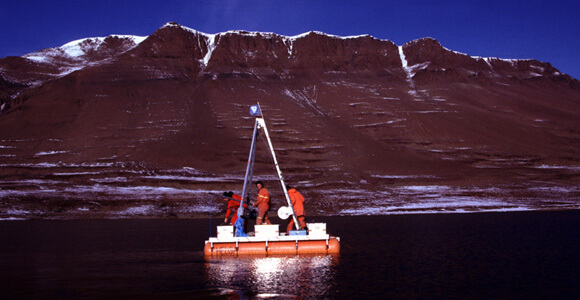 Even the most adamant techno-optimists among us must admit that new technologies can introduce hidden dangers: Fire, as the adage goes, can cook the dinner, but it can also burn the village down.

The most powerful example of unforeseen disadvantages stemming from technology is climate change. Should we attempt to fix a problem caused by technology, using more novel technology to hack the climate? The question has spurred heated debate.

Those in favor point to failed efforts to curb carbon dioxide emissions and insist we need other options. What if a poorly understood climatic tipping point tips and the weather becomes dangerous overnight; how will slowing emissions help us then?

“If you look at the projections for how much the Earth’s air temperature is supposed to warm over the next century, it is frightening. We should at least know the options,” said Rob Wood, a University of Washington climatologist who edited a recent special issue of the journal Climatic Change devoted to geoengineering.

Wood’s view is gaining support, as the predictions about the effects of climate change continue to grow more dire, and the weather plays its part to a tee.

But big, important questions need answers before geoengineering projects take off. Critics point to science’s flimsy understanding of the complex systems that drive the weather. And even supporters lament the lack of any experimental framework to contain disparate experiments on how to affect it.

“Proposed projects have been protested or canceled, and calls for a governance framework abound,” Lisa Dilling and Rachel Hauser wrote in a paper that appears in the special issue. “Some have argued, even, that it is difficult if not impossible to answer some research questions in geoengineering at the necessary scale without actually implementing geoengineering itself.”

Most proposed methods of geoengineering derive from pretty basic science, but questions surround how to deploy them at a planetary scale and how to measure desired and undesired effects on complex weather and ocean cycles. Research projects that would shed light on those questions would be big enough themselves potentially to affect neighboring populations, raising ethical questions as well. 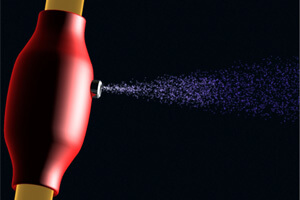 Earlier efforts to test fertilizing the ocean with iron to feed algae that would suck carbon dioxide from the air and to spray the pollutant sulfur dioxide, which reflects solar radiation, into the atmosphere were mired in controversy. A reputable UK project abandoned its plans to test its findings in the field.

But refinements on those earlier approaches are percolating. They include efforts both to remove previously emitted carbon dioxide from the atmosphere and to reduce the portion of the sun’s radiation that enters the atmosphere.

One method of carbon dioxide removal (or CDR) would expose large quantities of carbon-reactive minerals to the air and then store the resulting compounds underground; another would use large C02 vacuums to suck the greenhouse gas directly from the air into underground storage.

Solar radiation management (or SRM) methods include everything from painting roofs white to seeding the clouds with salt crystals to make them more reflective and mimicking the climate-cooling effects of volcanic eruptions by spraying  sulfur compounds into the atmosphere.

As with genetic research, principles have been developed to shape the ethics of the research. Still, the principles remain vague, according to a 2012 Nature editorial, and flawed, according to a philosophy-of-science take in the recent journal issue. Neither the U.S. government nor international treaties have addressed geoengineering per se, though many treaties would influence its testing implementation.

The hottest research now explores how long climate-hacks would take to work, lining up their timelines with the slow easing of global warming that would result from dramatically lowered carbon dioxide emissions, and how to weigh the costs of geoengineering projects and accommodate public debate.

Proceeding with caution won’t get fast answers, but it seems a wise way to address an issue as thorny as readjusting the global thermostat.