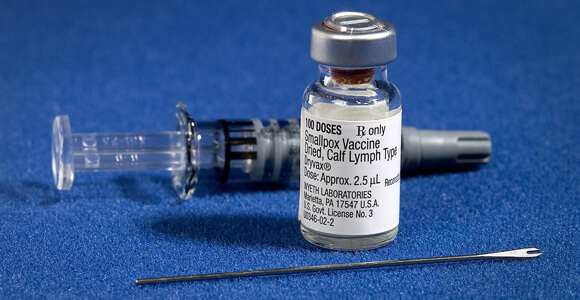 The belief among some parents groups that vaccines are bad for children might best be explained as a result of parents’ discomfort watching their children cry as they are stuck with a needle. It can be hard to adhere to the abstractions of science when faced with a child’s tears.

Well, what if doctors could deliver a no-tears vaccine? That’s what some researchers at the University of Freiburg, in Germany, are working toward. In a recent paper, they demonstrated that a small pellet could be implanted under the skin along with an injected vaccine. Later, instead of a booster shot, a pill taken orally would signal the pellet to release a second dose.

Eliminating all booster shots would reduce the number of shots babies get by two-thirds, according to CDC recommendations.

And in developing countries, patients could be sent home with instructions to take the signal pill at a certain time, improving compliance.

The researchers used a pellet made of hydrogel, a polymer similar in texture to human tissue, to hold the second dose. This particular hydrogel was formulated to respond to fluorescein, an organic compound which is already FDA-approved for use in humans. An oral dose of fluorescein stimulated the pellet to release its vaccine payload.

A booster dose of a vaccine against the human papillomavirus delivered this way was as effective in mice as one injected.

More research is needed before the Russian nesting doll-styled vaccine cycles make it to the pediatrician’s office. But with a functional vaccine and a trigger that’s already been approved, the method seems likely to work for humans with some adjustments.