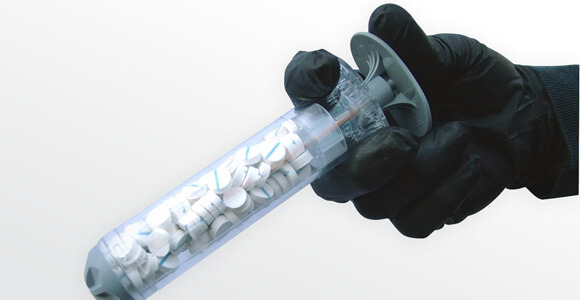 Sometimes the simplest technologies make the biggest difference, particularly when it comes to saving lives.

With a former Army medic as one of its founders, RevMedX’s mission is to stop bleeding faster so that those who suffer traumatic injuries like gunshot wounds have a better chance of survival. (Gun trauma takes hundreds of thousands of lives every year worldwide.) The company’s high-tech solution to this brutal problem is the sponge.

“Simplicity is its gift,” retired master sergeant John Steinbaugh acknowledged in an interview with Singularity Hub.

Perhaps a little explanation is in order. If a soldier is wounded in battle, medics patch up the wound to transport the victim to a medical facility for surgery. Common practice is to tamp gauze deep down into the wound to staunch the bleeding. The method is excruciatingly painful for the patient, has mediocre success rates and relies on the medic to maintain pressure on the wound for several minutes afterward. 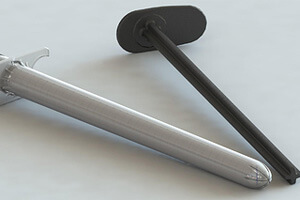 But what if a tiny dressing could be inserted into the wound and then expand to create the pressure that slows bleeding? That’s what RevMedX’s major product, XStat, does. (The product won an award at Singularity University’s Future of Medicine Executive Program conference last year.)

Using a pre-packed syringe, the first responder injects a bunch of pill-shaped sponges into the wound, where they expand and fit more tightly together than wadded gauze. The sponges are also coated in chitosan, a compound made from shrimp shells used to encourage clotting. All told, XStat usually stops bleeding within 15 seconds, the company says.

The sponges are removed when the patient gets to the hospital and the wound is cleaned out and operated on. After they’ve expanded, the sponges are 50 millimeters long — hard to miss.

“In all the training applications we’ve done with medics and surgeons, we’ve never missed a sponge,” Steinbaugh said. But just in case — we’ve all heard the horror stories of scissors left inside a surgical patient — each sponge is marked with an X that shows up on an X-ray.

The syringe is easy enough to use that it could become standard equipment on ambulances as well as on the battlefield. A smaller sized applicator would treat stab and other narrow wounds as well. Each kit would cost under $100 each, according to Steinbaugh.

The Food and Drug Administration is considering XStat’s application for approval and the company expects an answer within a few months. If all goes well, they could begin selling their products by the summer.

Update 4/7: The FDA approved XStat for military use.