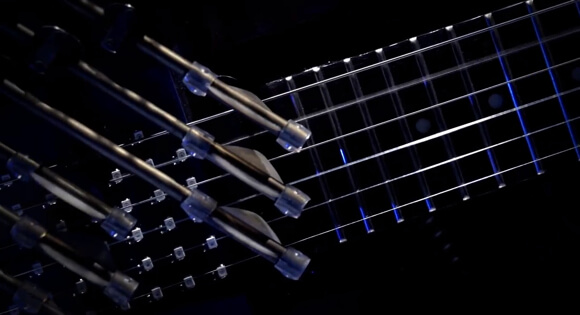 Worried about the impending robot takeover? Maybe you should be. Once confined to specific tasks, automatons are now capable of activities we tend to think reserved for human beings. Case in point? This music video performed entirely by robots.

Squarepusher, a popular electronic musician out of the UK, composed the piece in collaboration with Japan’s party robot band, Z-Machines. The band boasts a 78-fingered guitarist rocking out with 12 picks and a dreadlocked robot drummer.

Squarepusher says the piece’s two halves mirror the robots’ grief that their fans view them as mere “entertainment machines.” Then, left alone at the end of the day, “They think back to being young robots, before they were employed in the sphere of public entertainment, and remember the silly antics they used to get up to.”

We tend to think it takes a human touch to make emotionally charged music, but Squarepusher wants to play with and maybe even disprove that assumption. And there’s no doubt, “Sad Robot Goes Funny” is interesting and even enjoyable. The piece morphs from something like chamber music into Miles Davis and Steve Vai’s android love child. 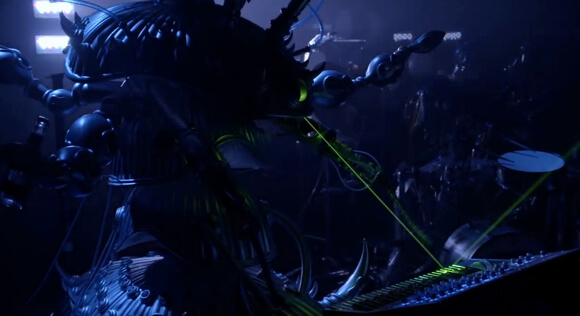 The guitar-bot can do things that would be anatomically impossible for humans. It’s fast, precise, and—with fingers working independently of one another—effortlessly lays down four guitar parts on just two guitars. Jazz musician Charlie Hunter can simultaneously pluck a bass line and lead melody—but parallel lines at Satriani speeds? Forget about it.

Technical ability alone isn’t enough, however, and to my ear, “Sad Robot Goes Funny” still sounds pretty robotic. Conveying emotion is a tall task, even for some human guitarists—shredders that are a little too fast, a little too precise.

My personal favorite guitarists are raw, like Stevie Ray Vaughn and Jimi Hendrix, or selective and melodic, like Pink Floyd’s David Gilmour. They have a distinctly human quality these robots can’t equal, and there’s at least one purely mechanical reason for this. Despite insane technical chops, Z-Machines can’t control a note or chord’s volume.

They might sound more human if they could imitate the full spectrum of human tricks—like bends, slides, and muted notes. And really, there’s nothing preventing future music-bots from developing such skills. 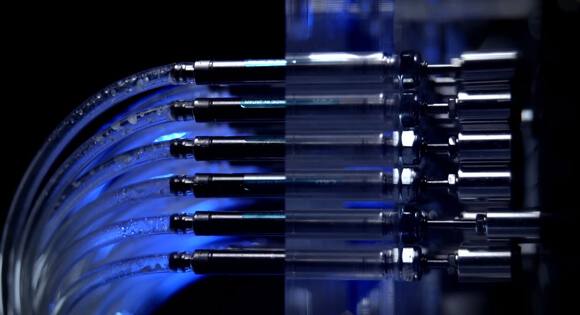 Because a human wrote the music, any discussion of emotive qualities is limited to the performance. But could an algorithm write emotionally appealing music? Sure. Software already writes structured news stories and books, for example.

Although there’s no AI James Joyce yet, if you think an AI will eventually pass the Turing test (and fool us into thinking it’s human), there’s nothing in particular barring such an intelligent program from writing a great novel or composing a beautiful album.

All this need not imply we’ll lose an innate piece of what it means to be human. In the past—whether the new invention was the violin, piano, or electric guitar—the merging of people and technology has inspired works of art altogether new and beautiful.