In Silicon Valley, there’s a lot of talk about  The Maker Movement. After all, over 195,000 people attended Maker Faire events around the world last year alone. Makers are tech-savvy tinkerers. They build robots, program light installations and hack everything from code to IKEA furniture. From Boston to Beirut, community-based makerspaces are popping up in libraries, schools, shipping containers and buses as part of a revolution that has people returning to their workshops and building with their hands.

As the co-founder of IDEAco, a nonprofit that works in maker education, a large part of my job is about using maker culture to inspire learning. Exposure to this revolution hooks students on the science, technology, engineering and mathematics (STEM) skills necessary to fill jobs in the world’s fastest-growing industries.

Making is a fantastic way to engage many students, but it’s only the first step toward an even greater revolution. If we wish to build a thriving and responsive economy, the future of education cannot be about giving students the skills to fill jobs; it must be about giving them the skills to create jobs. This requires more than technical skills, it requires empathy, context and innovation. 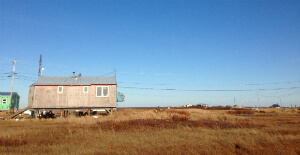 Last fall, our team was invited to a roadless, 300-person Yup’ik village named Eek to pilot a new program that teaches design thinking and 3D printing to elementary students. Located on Alaska’s marshy west coast, Eek’s handful of stilted buildings are powered by diesel fuel imported on river tankers. When the water freezes, so does the fuel source. At the school – the largest building in town – every child has a computer; at home, few have running water.

Eek exemplifies an uncomfortable mashup of state education standards and the traditions of subsistence living; a dichotomy that exists in many native communities today. As we unloaded our 3D printers onto the muddy runway I realized that we would need to introduce this technology as more than “a hook” for future learning; it needed to be immediately relevant and useful to our students. 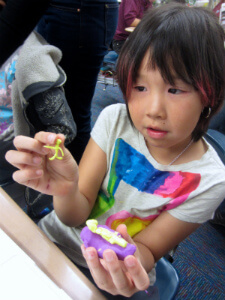 The program we were piloting – the City X Project – is a design thinking workshop with a fictional story. We spent three days working with the elementary students inventing solutions to theoretical problems, allthewhile knowing they were going home to very real problems each day. Meanwhile, at lunch we found ourselves surrounded by crowds of high schoolers asking questions. Good questions. Smart questions. I couldn’t help but wonder what real impact those older students might have created with the design skills we were teaching their younger brothers and sisters.

The truth is that all communities face challenges of one variety or another – for some it’s access to running water; for other’s it’s combating flooding, cancer-causing pollution, food deserts, or housing inequality.

What if our nation’s youth were trained to address these problems using the same approaches practiced by leading design and development agencies around the world? What might they accomplish? What important skills might they be motivated to learn along the way?

A robust economy demands more than STEM skills, it requires innovation. The heart of innovation is not technology, but people. Great innovators are able to deeply understand human needs and create useful solutions. Their approach is often facilitated by a variety of human-centered design skills including needs assessments, user research, interviewing and data analysis. Mostly, however, innovation simply requires empathy and experimentation.

The Maker Movement excels at inspiring experimentation, but what about empathy?

If you give a child a tool she may not care to use it, but if you give her a problem to solve with that tool, she will excel in its mastery. Direct, meaningful application of technology is often the missing piece of STEM education. It’s also the piece that inspires true innovation. Making is fun, but it’s time to begin connecting the incredible skills of the maker community with the daunting challenges of our world.