New Material Sucks Water From the Air and Stores It 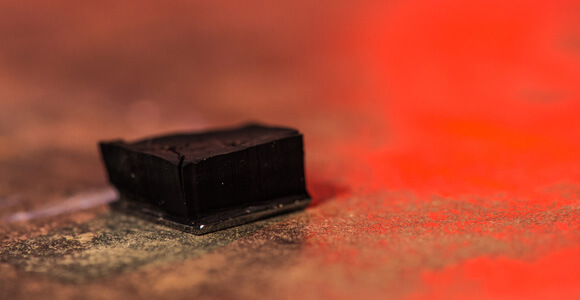 As the changing climate pushes arid regions around the world to become drier, many are asking how we will continue to provide enough water for the people and crops in those areas.

Some Rice University researchers decided to look at how desert animals have adapted to their waterless conditions. Take the Namib beetle. It sucks water out of the morning fog by facing into the wind and opening its wings, which consist of a combination of water-loving bumps and water-repelling troughs. The bumps pull water droplets from the breeze and collect them, until they become large enough to fall into the troughs. The troughs quickly get rid of them by propelling them into the beetle’s mouth. 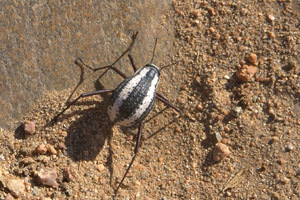 Inspired by the beetle, the researchers decided to incorporate a similar system in a set of carbon nanotubes a few nanometers across and about a centimeter long. They applied superhydrophobic, or water-repellant, coating to the bottom of a “forest” of the tubes and a hydrophilic coating to the top side. The tubes then sucked water out of the air above them, and spread it throughout the forest thanks to gravity and capillary action. The water didn’t leak out because of the hydrophobic bottom, and the setup slowed evaporation.

“It doesn’t require any external energy, and it keeps water inside the forest,” said Sehmus Ozden, a graduate student in Pulickel Ajayan’s lab and the first author of the paper.

The nanotube forest is also reusable: You can wring it out like a washcloth. 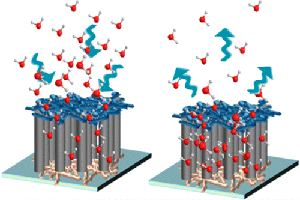 You could also think of the forest as a futuristic cup that gets the water for you and contains it until it’s needed.

The next step would be a futuristic water tank that could provide water for an entire family or town with no energy requirements. But — there’s a but — the method for making clusters of nanotubes like those used in this experiment (called carbon vapor deposition) doesn’t work at the larger scale, so researchers will have to find new methods before the approach can provide water for groups of people.

Believe it or not, the other materials it-girl, graphene oxide, has also been explored as a possible way to provide more water. In that case, it pulls the salt out, making the ocean potable. But it too lacks large-scale production methods.

Of course nanotubes  and graphene oxide are being looked at to solve many different problems, from energy production and storage to space elevators. If one of those applications really takes off, it seems likely that researchers would find a way to produce industrial-scale sheets of the material.

Then again, there are any number of proposals for dealing with expanding deserts. For instance, simply making sand hydrophobic can ensure that condensation and any rainfall are put to good use on crops. The real question is whether they’ll be working and in use before climate change causes any more humanitarian disasters.